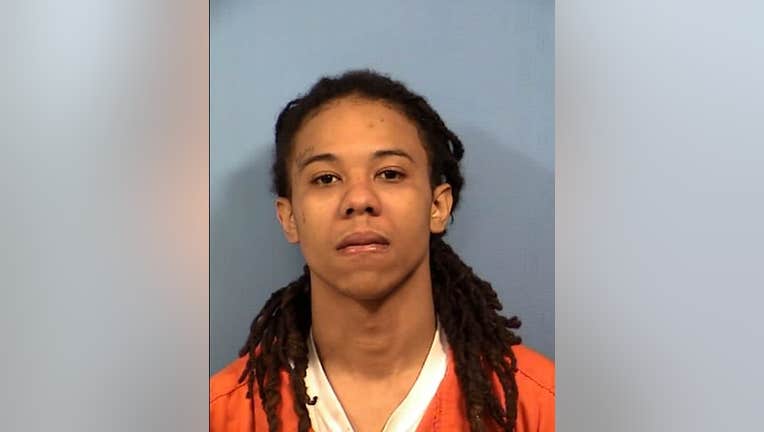 ADDISON, Ill. -  A Cook County man has been sentenced to 34 years in the Illinois Department of Corrections for robbing a gas station at gunpoint as well as carjacking a man at gunpoint in 2020.

James T. Kimbrough, 25, of Dolton, entered a blind plea of guilty to one count of aggravated vehicular hijacking and one count of armed robbery in August.

At about 11:50 p.m. on May 11, 2020, Addison police officers responded to an aggravated vehicular hijacking.

Following an investigation, Addison police determined that the victim was sitting in his car outside his residence talking on the phone when he observed a white-colored sedan drive by slowly.

Shortly after, Kimbrough approached the driver's side window and asked if he could borrow the victim's cell phone.

The victim originally declined, but then changed his mind and told Kimbrough he could speak using the in-car Bluetooth system, prosecutors said.

After attempting to make three phone calls, Kimbrough pointed a gun at the victim and ordered him out of the car.

The victim complied, and Kimbrough entered the car and drove off at a high rate of speed.

Later that night, Darien police and Illinois State Police conducted a felony stop on the vehicle at a gas station in Summit as Kimbrough entered the vehicle.

The vehicle was disabled using OnStar and Kimbrough was taken into custody.

A firearm was recovered from the vehicle.

Police determined that Kimbrough was also involved in an armed robbery in March 2020.

According to prosecutors, at 2:45 a.m. on March 29, 2020, Kimbrough was wearing a mask and was involved in an armed robbery at a Marathon Gas Station in Addison.

Kimbrough kicked his way into a secured area where the clerk was working and stole money and Swisher Sweet cigars.

"Over a two-month period during the beginning of the Covid pandemic, Mr. Kimbrough violently terrorized the citizens and businesses of Addison," said DuPage County State's Attorney Robert Berlin. "This morning, he learned that thanks to the outstanding, cooperative efforts of multiple law enforcement agencies, his criminal behavior will not go unpunished.

A judge sentenced Kimbrough to thirty-four years in prison Thursday.