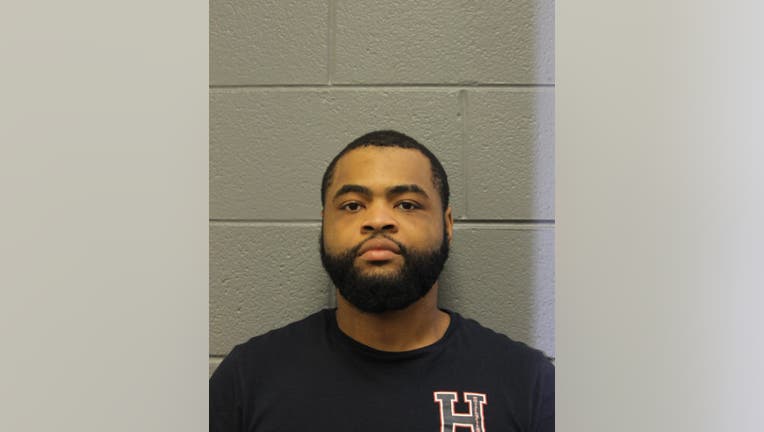 CHICAGO - A Broadview man has been charged with shooting through the door of a residence on Chicago's West Side and wounding a woman.

Tyshawn Jackson, 24, is charged with attempted murder and aggravated battery/discharge of a firearm.

On Thursday, just after 4:30 p.m., Jackson allegedly fired shots through the door of a residence in the 5900 block of West Fulton Street, and struck a 24-year-old woman, who he knew, in the leg.

Moments later, he was arrested, placed into custody and charged accordingly.

The woman was taken to the hospital and was listed in good condition.