A week before Christmas, 33-year-old Irene Chavez was at a bar on Chicago's South Side when she was arrested for simple battery. A few hours later, Chavez was found hanged in her police cell, her family says they were told by cops.

CHICAGO - The Civilian Office of Police Accountability released video footage Wednesday related to the death of Irene Chavez — a 33-year-old woman found hanged inside a police holding cell in December on the South Side.

Chavez was arrested Dec. 18 for simple battery after allegedly spitting on a worker and punching another after they tried to escort her out of Jeffery Pub on South Jeffery in South Shore, according to testimony recorded on body camera.

Workers told officers Chavez entered the bar with her own beer, which they claim to have let slide, and then became irate when she was told she could not use the jukebox because there was a DJ performing.

A worker tells officers Chavez punched him in the face after he tried to remove her from the bar. Another worker said she spat on him as he tried to restrain her.

As officers take down the worker’s statements, Chavez can be heard repeatedly stating she needs a witness and that she needs a chance to share her side of the story. At a point, Chavez yells out that she is a veteran and has PTSD.

Chavez makes clear that she does not want male workers or officers attempting to restrain her. As a female officer searches her, a male officer decides to stand nearby and the two exchange profanities.

"There is no justice in our system," Chavez shouts out.

When officers told her she will be taken into custody, she asserts that her actions were "self-defense."

"Ruin my life over f—ing self-defense," Chavez said as she was placed in the wagon. 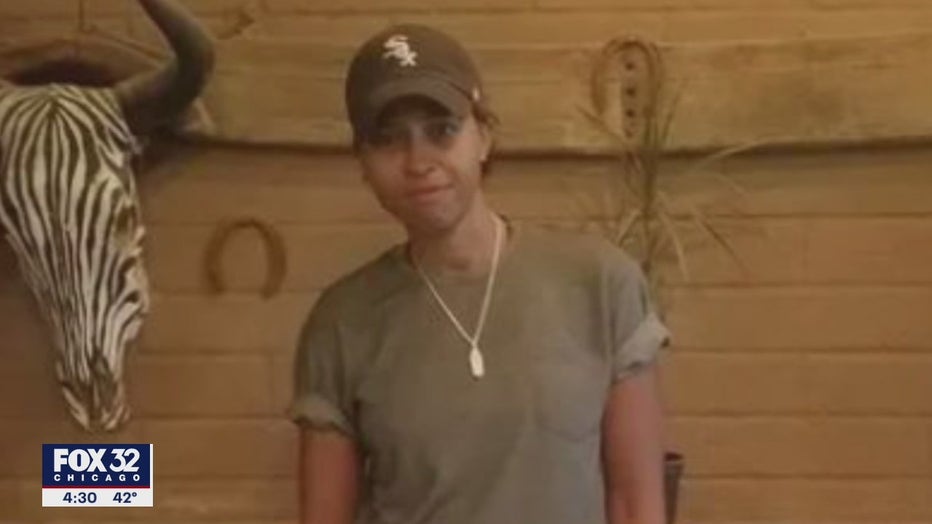 As Chavez is driven to the Grand Crossing police station, she can be heard singing "You are my sunshine," — and officers sing along, laughing.

Chavez is brought into a holding cell about 12:20 a.m., according to time-stamped body camera footage.

Officers take off one handcuff and instruct her to hand over her shoelaces and any jewelry.

About 50 minutes later, the footage shows Chavez kneeling on the floor of the cell with her T-shirt tied around her neck and connected to a hook on the wall. One officer calls out for someone to get EMS, he then begins slapping the side of Chavez’s stomach, telling her to "wake up, wake up."

He unties the shirt and Chavez falls to the ground. An officer immediately begins performing chest compressions.

Briefly, officers turn Chavez on her side because she had vomited.

An officer asks if there are any shields for them to perform mouth-to-mouth — another officer responds, "No."

Chavez remains unresponsive and it is unclear from the video if officers are able to find a pulse.

An officer goes outside to check on an ambulance after about 8 minutes. Emergency personnel run to the front door but tell officers they need to go back for more supplies.

"They thought it was just a psych eval," the officer tells a superior inside.

"Could they take any f—ing longer," a female officer responds.

COPA VIDEOS CAN BE VIEWED HERE

A few minutes later paramedics arrived. Chavez was transported to the University of Chicago Hospital in critical condition and was pronounced dead at 9:49 a.m., according to the medical examiner.

Chavez, a U.S. military veteran, had been dealing with PTSD and had been getting treatment, her sister Iris Chavez said at a December vigil. She’d been out of the military for about three years and was between jobs after recently moving back to Chicago from Texas, her sister said.

She’d had a variety of jobs since leaving the military and hoped to work full time in community farming, friends said.

COPA’s investigation into the case is ongoing.