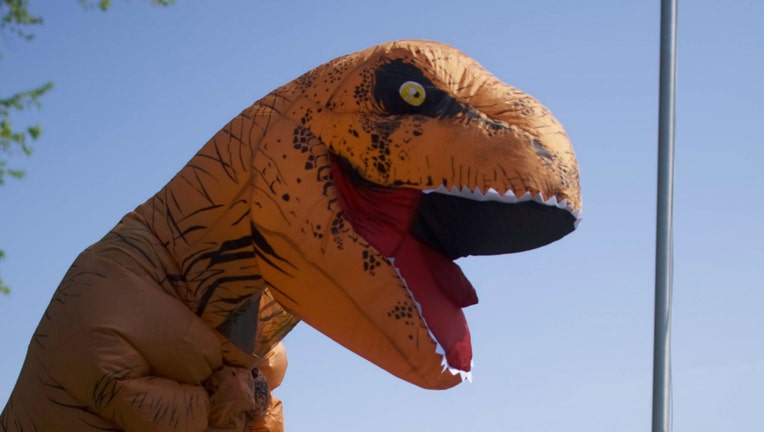 PARK FOREST - Officers responding to a report of a burning pot smell early Wednesday in south suburban Park Forest instead found a dinosaur costume that had caught fire.

Police were called shortly after midnight to the 100 block of Forest Boulevard after someone in the second-floor apartment said they smelled cannabis smoke coming from the first floor, according to Park Forest Police Chief Christopher Mannino.

Officers entered the apartment and found a burning inflatable T. rex costume, Mannino said. The fire was put out without fire department assistance, he said.

“It’s just one of those stranger calls,” Mannino said.

A smoke alarm had been set off, but the call was considered non-criminal, he said.