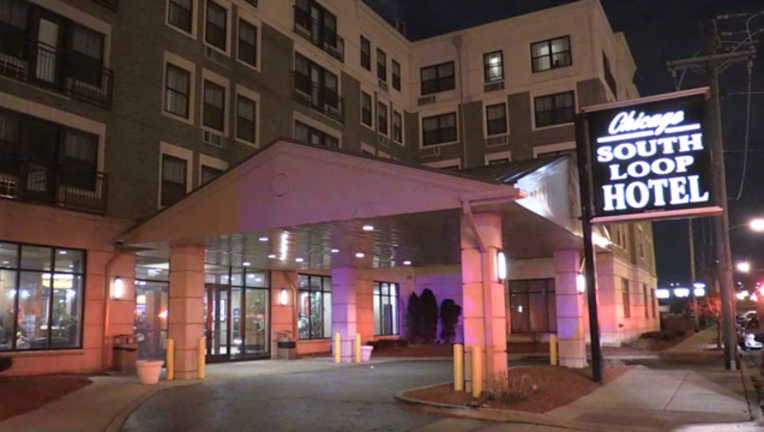 Police said an "irritant" was sprayed on the second floor of a hotel Saturday night in the first block of West 26th Street. | Network Video Productions

CHICAGO (Sun-Times Media Wire) - A woman was taken to the hospital late Saturday after an “irritant,” possibly pepper spray, was released at a South Side hotel, police said.

Officers responded at 9:47 p.m. when they were alerted that the “irritant” had been sprayed on the second floor of the hotel in the first block of West 26th Street, according to Chicago Police.

A 26-year-old woman was taken to University of Illinois Hospital for observation, police said. No other injuries were reported.

Several floors of the hotel were evacuated for precautionary reasons, police said.

No one was in custody on Sunday.