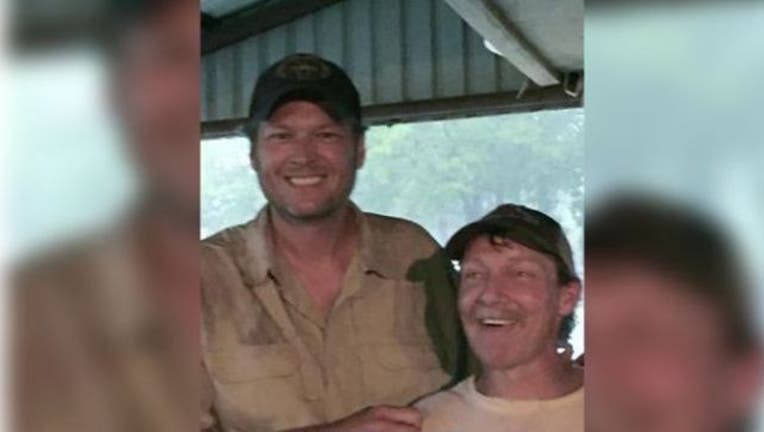 Roho Hartman said he was headed to his home in Ardmore on Wednesday when the road he was traveling on suddenly turned into a river.

He and another passerby soon found themselves pushing his stalled truck up a hill, waist-deep in water.

That's when a Good Samaritan in a Dodge pulled up with a tow rope.

"The guy said, 'Are you ready?'" Hartman told KFOR-TV. "I thought ... that looks like Blake Shelton."

After helping Hartman out of the water, the superstar gave him a ride home.

On the way to his house, Hartman answered a call from his wife.

"I said, 'You wouldn't believe it, Blake Shelton pulled me out,'" Hartman said. "[I] told her, 'You better slick up, we'll be there in just a minute.'"

At the house, Hartman and his wife snapped a few photos with Shelton before the singer got back on the road.