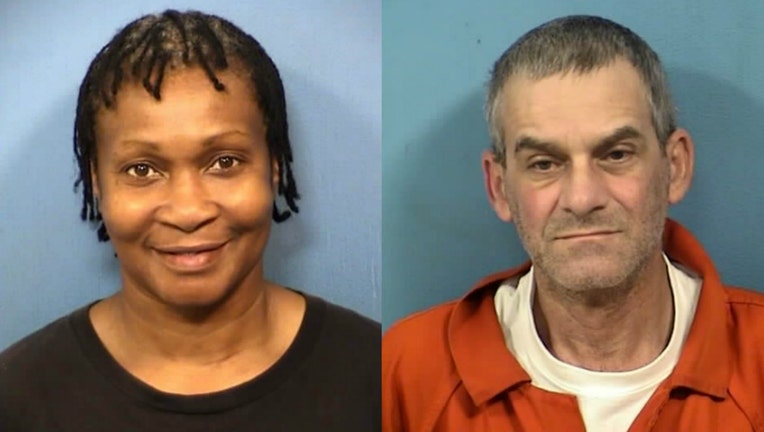 WHEATON - A husband and wife charged with running a fake charity for veterans are back behind bars in DuPage County after allegedly fleeing to Florida last year.

Todd Olshefski, 50, and Priscilla Olshefski, 60, were arrested Nov. 8, 2019, in Daytona Beach, Florida, on warrants out of DuPage County, according to a statement from Wheaton police. They were held at the Volusia County Jail in Florida while trying to contest their extradition, but were brought back to Illinois on Jan. 17.

The Olshefskis were initially arrested in May 2019 after a 10-month investigation into the Veteran’s Christian Network, a not-for-profit organization they created claiming to raise money for veterans, police and DuPage County prosecutors said.

The investigation began after Wheaton police received numerous complaints about the Olshefskis’ “aggressive soliciting tactics, intimidation and concerns surround the legitimacy of VCN as a not-for-profit organization,” police said. They were each charged with a felony count of misuse of charitable funds.

A judge revoked Todd Olshefski’s $10,000 bail in September 2019 after he failed to appear in court, police said at the time. Investigators believed he was with his wife and they were both considered fugitives.

Priscilla Olshefski is due back in court Jan. 31, while her husband’s next court date is scheduled for Feb. 11, according to DuPage County sheriff’s office detainee records.

Illinois Attorney General Kwame Raoul’s office filed a lawsuit against VCN last year, alleging the couple withdrew at least $10,000 from the charity’s account to spend on personal expenses including rent, car payments and veterinary bills for their dog.