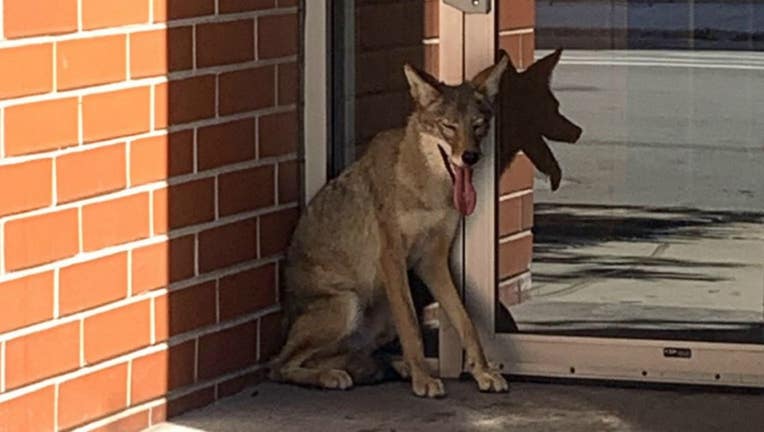 A coyote was spotted in Chicago's River North on Saturday.

Brian Mackenzie took this picture. He said that the coyote stood in the door of a condo building on Wells for about 20 minutes.

We reached out to Animal Control on Saturday to see if it had been captured and have not heard back. Coyotes are sometimes seen in Chicago.

Experts recommend that you not approach a coyote, or turn your back on one.

Boy, 5, bitten on the head by coyote in Chicago: fire officials

A 5-year-old boy was bitten on the head by a coyote Wednesday afternoon near the lakefront in Lincoln Park on the North Side, Chicago fire officials tell FOX 32.