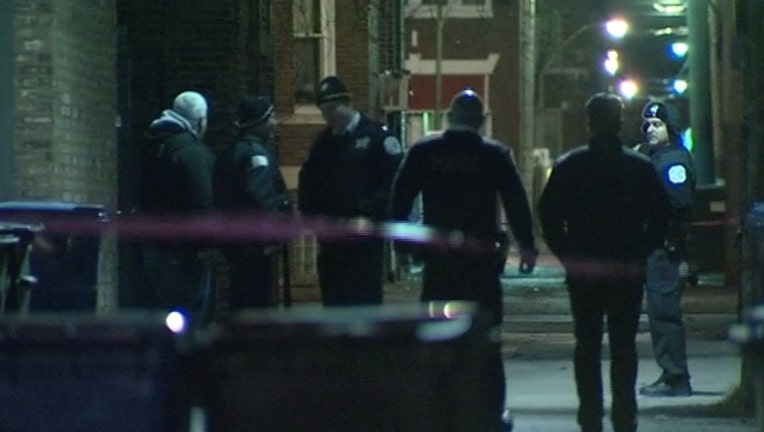 A person was shot and killed Wednesday night in the Marquette Park neighborhood on the Southwest Side. | NVP News

CHICAGO (SUN TIMES MEDIA WIRE) - At least five people were killed and four more were wounded in shootings Wednesday across the city, according to Chicago Police.

Three of the deaths came by way of a mass shooting inside a Brighton Park neighborhood home on the Southwest Side. Just before 3 p.m., a gunman walked into the home in the 3900 block of South Albany and started shooting. A police source said the attack was related to drugs.

Two men, ages 18 and 19, died at the scene of gunshot wounds to the head, according to police and the Cook County medical examiner’s office. A third male victim, whose age was unknown, was shot in the torso and taken to Mount Sinai Hospital, where he also died. Their names have not been released.

Another 19-year-old man suffered a gunshot wound to the side of his body and was taken to Mount Sinai, police said. An 18-year-old man was shot in the torso and taken to Stroger Hospital. Both were in critical condition, police said.

The day’s latest fatal shooting happened about 8:45 p.m. in the Marquette Park neighborhood, where someone in a black car opened fire on a man in an alley in the 3000 block of West Marquette. The man, thought to be in his 20s, was shot in the head and groin, and he died at the scene, police said.

The first killing happened about 3:45 a.m. on Lake Shore Drive near the Lincoln Park neighborhood on the North Side. A 25-year-old man was driving a Lexus south in the 2300 block of North Lake Shore Drive when another vehicle pulled alongside and someone inside shot him in the chest, police said The Lexus then crashed into the center median. Two other people, a male and female, who were also in the vehicle were not injured.

The man, who has not yet been identified, was taken to Illinois Masonic Medical Center, where he was pronounced dead at 4:37 a.m., authorities said.

The latest nonfatal shooting happened at 11:18 p.m. in the Park Manor neighborhood on the South Side, where a 40-year-old man was walking in the 7100 block of South State when he heard gunfire and realized he’d suffered multiple gunshot wounds to the abdomen, police said. He took himself to St. Bernard Hospital, where his condition was stabilized. He was being transferred to Stroger Hospital early Thursday.

About 1:45 p.m., several people walked up to a 27-year-old man in the 7000 block of South Jeffery in the South Shore neighborhood and shot him repeatedly, police said. He was in serious condition at Northwestern Memorial Hospital.

Wednesday afternoon, 12-year-old Kanari Gentry-Bowers was pronounced dead after a weekend shooting in West Englewood. She was the third Chicago child to die of gunshot wounds in three days.

Among 58 people shot in the city over the last week, 18 have died. At least 423 people have been shot in Chicago this year, 75 fatally.