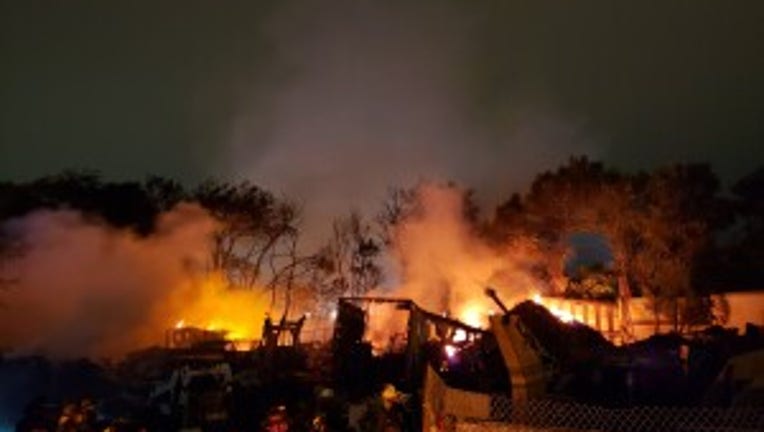 A two-alarm fire ripped through a scrap yard Sept. 6, 2020, on the elevated Bloomingdale Trail near Austin Avenue. | Chicago Fire Department

CHICAGO - No injuries were reported in an extra-alarm fire Sunday at a scrap yard in Austin on the West Side.

The fire broke out shortly after 4 a.m. at the scrap yard on the elevated Bloomingdale Trail near Austin Avenue, according to Chicago Fire Department Cmdr. Frank Velez.

The incident was elevated to a two-alarm fire as the blaze spread through piles of scrap including wood, metal, fuel tanks and other materials to create “one big bonfire,” Velez said.

The fire did not spread to any nearby buildings and was struck out about shortly after 5 a.m., according to Velez. No injuries were reported.

The cause of the fire is still under investigation and crews remained at the scene to deal with hot spots as of 5:30 a.m., Velez said.