It's being called perhaps the most important census in Illinois history and efforts are gearing up to try to make sure every person in the state is counted.

BURR RIDGE, Ill. - It's being called perhaps the most important census in Illinois history and efforts are gearing up to try to make sure every person in the state is counted.

Several hundred non-profits, community groups, and politicians packed a ballroom in Burr Ridge to game plan Illinois’ efforts to count every head in the state.

"It’s a big effort,” said Marilyn Sanders, Census Director, Chicago region. “It's one that only takes place every 10 years. It allows your voice to be heard, to be counted in the 2020 census."

It couldn't be more critical for Illinois, which is bleeding population and in danger of losing two congressional seats and billions of dollars in federal revenue.

"Illinois has a lot to lose if we don't have a fair and accurate count,” said Anita Banerji, Forefront Democracy Initiative. “We've had considerable outward migration alone in the last five years. So it's really important for us, for our federal dollars, our congressional representation." 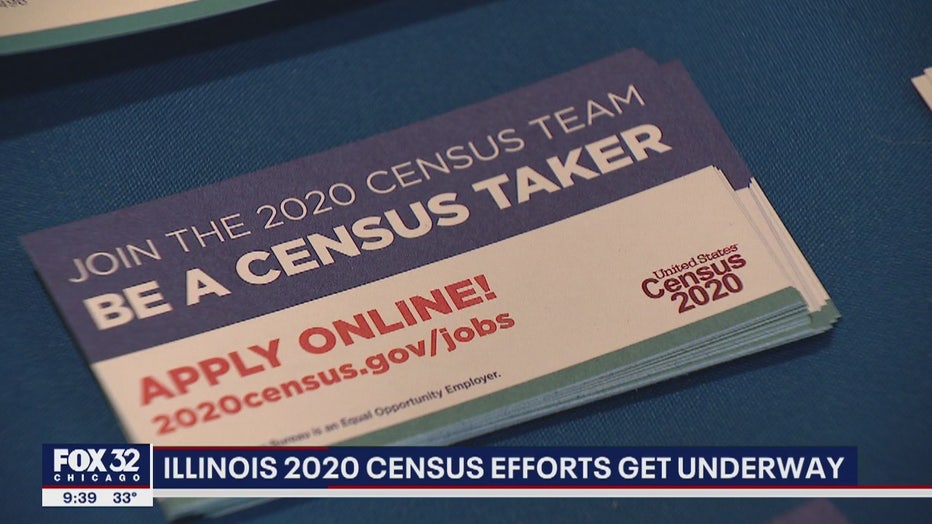 On March 12, every household in Illinois will receive mail explaining how you can self-report online for the first time or report your information by phone.

On May 12, census takers will go into the field to knock on doors of the households that haven't responded and a final count must be on the president's desk by Dec. 31.

While the government is touting the new online census service, some political leaders are concerned it will undercount people who don't have computers or internet access.

"We're afraid that this moving to the internet, closing brick and mortar, can possibly cause people to be apprehensive and not participate,” said Stanley Moore, Cook County Commissioner.

There's some money to be made if you want to work as a census taker. The Census Bureau has begun hiring in the Chicago area, paying wages ranging from $25 to $29 per hour.