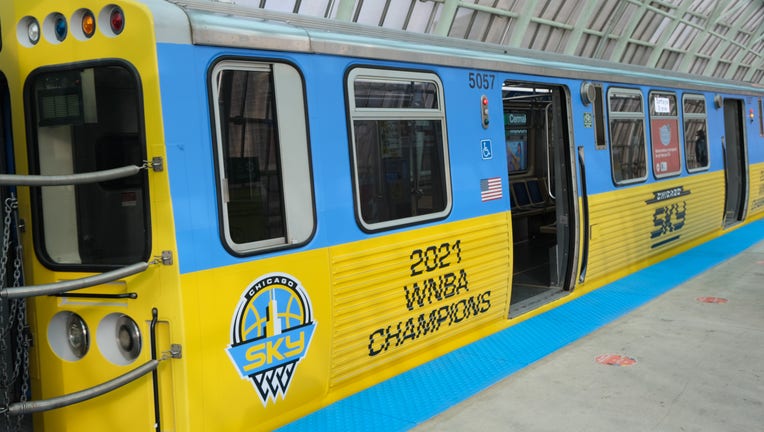 Courtesy of the CTA

CHICAGO - The city continues to celebrate the Chicago Sky after winning their first-ever WNBA championship in October.

The Chicago Transit Agency debuted a new specially designed train Monday to honor the team, decked out in the club's eye-catching blue and yellow.

The train will be in service on the Green Line, which will pass Wintrust Arena, where the Sky clinched this year's title.

"Playing inspired basketball throughout the playoffs, the Chicago Sky epitomized the same resilience, grit and determination our City and our CTA employees have demonstrated for the past 19 months, while lifting our spirits sky high in the process," CTA President Dorval R. Carter, Jr. said in a statement. "We are so very proud of this team and we are honored to be the primary transit option for fans getting to and from Wintrust Arena throughout the season." 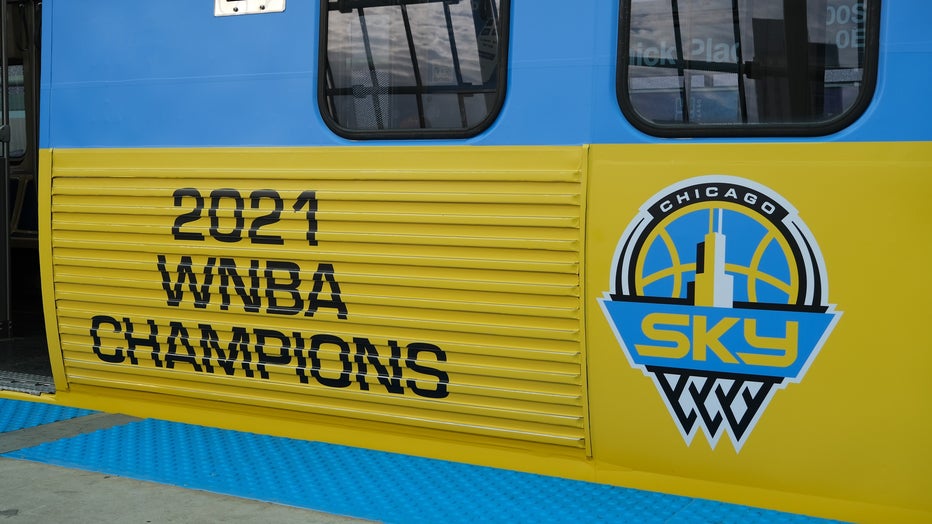 Courtesy of the CTA

The Sky downed the Phoenix Mercury 80-74 behind 26 points from Allie Quigley and 16 points from Chicago-native Candace Parker.

The Chicago Sky train will be in service through the end of the year.