Police are trying to identify a man who allegedly stabbed and robbed a CTA passenger Monday at the Belmont Red Line station in the Lake View neighborhood.

CHICAGO - Police are trying to identify a man who allegedly stabbed and robbed a CTA passenger Monday at the Belmont Red Line station in the Lake View neighborhood.

Police said the suspect approached a 44-year-old man around 4:40 a.m. stabbed him with a knife and took his possessions in the 900 block of West Belmont Avenue. 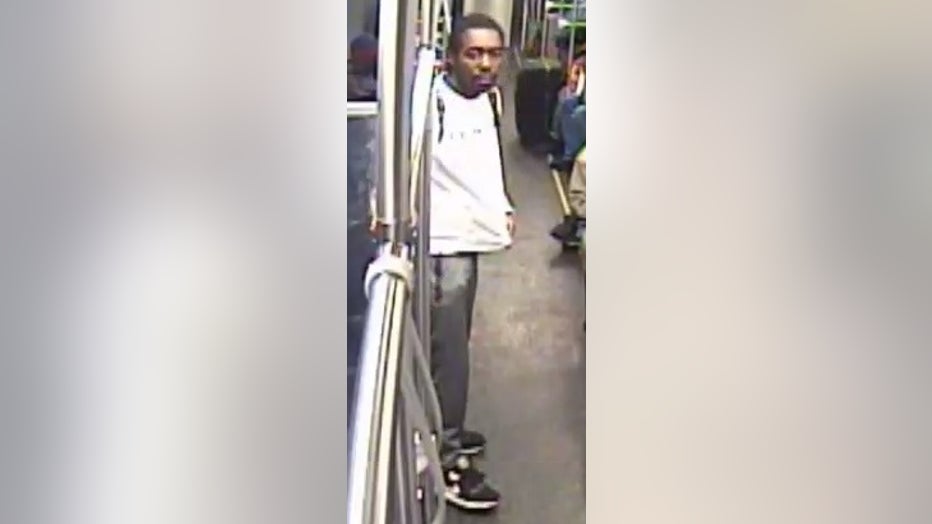 Teams of volunteer security officers and martial artists rode the Red Line last Friday in an effort to address rising crime on CTA trains despite the disapproval from Chicago police and the CTA.

CTA union president says violence on Chicago trains, buses is out of control

"It's sad to say it's become a norm for us. We see this all day, every day," CTA union president Keith Hill said.

Crime has increased on CTA during the pandemic despite steep declines in ridership, prompting the CPD to announce increased staffing in its Transit units and a mandate for patrol officers to monitor stations as a regular part of working their beats. As commuters have increasingly returned to work downtown, CPD and CTA officials this spring again announced more officers and private security will be patrolling trains, buses and platforms. Transit union officials have called on CTA to bring back conductors aboard trains to further beef up security.

A Chicago Police spokesperson urged CTA riders —would-be security volunteers or otherwise —not to step in as vigilantes and instead call 911 if they witness a crime or something suspicious.