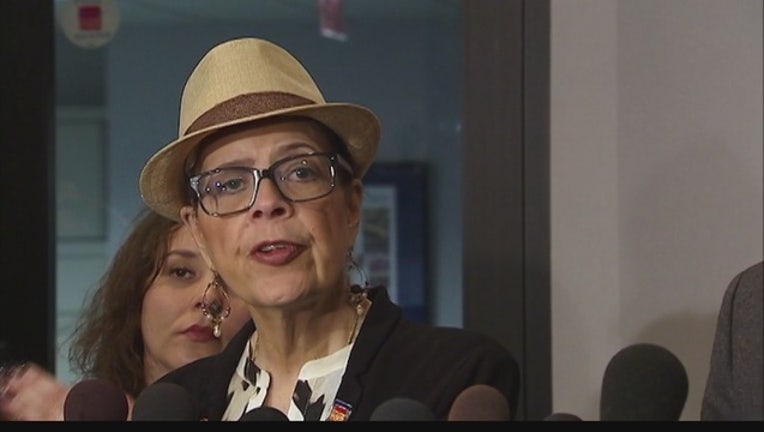 CHICAGO (AP) — The Chicago Teachers Union said on Saturday the countdown toward a possible strike had begun after it rejected the recommendation of a neutral arbitrator that it accept a contract offer from the nation's third-largest school system.

The union said the earliest a strike could begin is May 16, about a month before the last day of school on June 21. The union also could strike in September, when school resumes for about 400,000 students.

"The clock has started," CTU President Karen Lewis said in a statement rejecting the arbitrator's recommendation. "We have no choice but to prepare ourselves for a possible strike."

The union staged a one-day walkout on April 1 to protest what it says are proposals that would cut compensation for teachers and to highlight a state budget stalemate that has hurt education and social service funding.

The threat of a strike followed the release of a report earlier Saturday from an independent "fact finder" who looked at the positions of both sides and concluded that the union should take the system's offer, which had already been rejected by the union's expanded bargaining committee. It would have required teachers to contribute the full nine percent of each paycheck to their pensions. It also would have curbed some automatic pay rises.

Chicago Public Schools is in dire financial shape, prompting Illinois Republican Governor Bruce Rauner to say it should file for bankruptcy. While Chicago Mayor Rahm Emanuel and the school system have strongly rejected that option, the district has been forced to cut school budgets in order to preserve cash to make mandatory payments to the teachers' pension fund.

CEO Forrest Claypool said Saturday that he is worried about the system's "deteriorating finances" and called on the union to reconsider its rejection of the contract offer.

"I was disappointed to hear the CTU's president say today that this starts the clock for a strike."

The union membership of about 27,000 teachers and support personnel went on strike for about a week in September 2012.