A Dallas high school freshman is being praised for saving the life of a young girl who nearly drowned.

DALLAS - A Dallas high school freshman is being praised for saving the life of a young girl who nearly drowned.

Kaveion Morris, 15, attends Bryan Adams High School and was walking to the bus stop the morning of November 8 when he noticed something happening at a pool at the Vantage Point Apartments in Northeast Dallas.

“As I'm walking over there, there's a baby crying, a baby brother, I'm seeing what's wrong and I look in the water and I didn't think it was a person or anything. She starts moving and that's when I knew it was like a person,” Morris said.

Despite temperatures that morning in the low 40's, Morris jumped in the water.

“Seeing something like that, you gotta go and help because you can't do nothing. That's a living person. If you were in that situation, you'd want somebody to come get you,” Morris said. 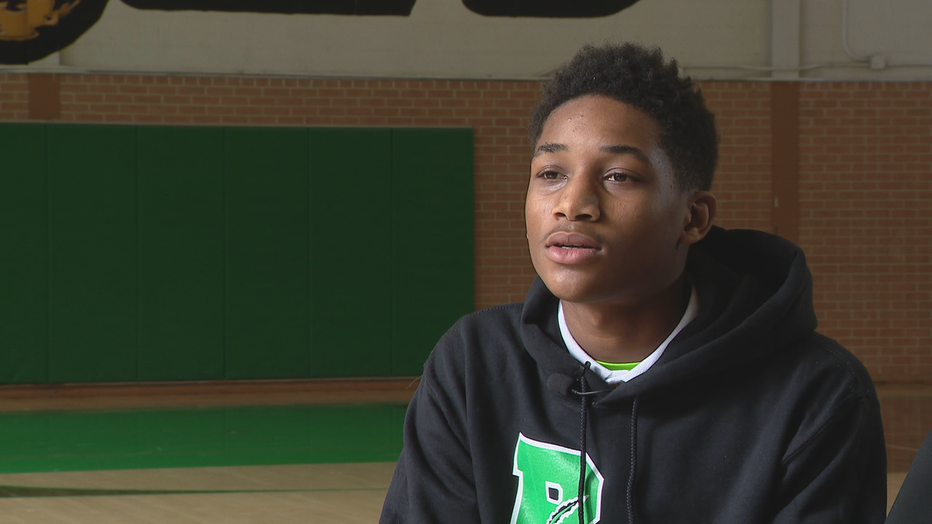 Morris quickly pulled the child out, a little girl maybe 4 or 5 years old, as a neighbor and one of his classmates rushed to help.

FOX4 spoke to the classmate, whose parents didn't want her face shown or name used.

“The neighbor was saying, ‘I don't know what to do,’ so I went over and I told him to just push up and down on her chest and to breathe into her mouth to get her breathing, and I called 911,” she said.

The students say within minutes the little girl spit up water and was breathing again.

“I was kind of like wow life is so precious, like you could be gone in an instant and you could be back in the same time,” she said.

Once paramedics on scene confirmed the girl was okay, the classmates continued to school -- even making it there on time.

Both students played a role in saving a life, which is not surprising to Morris' football coach.

“It just shows the true character he has inside of him. At the drop of a dime, he jumps in there and saves somebody's life. He really is somebody's guardian angel. He's going to afford that little girl to grow up, have birthdays,” said Bryan Adams HS coach Carl Robinson.