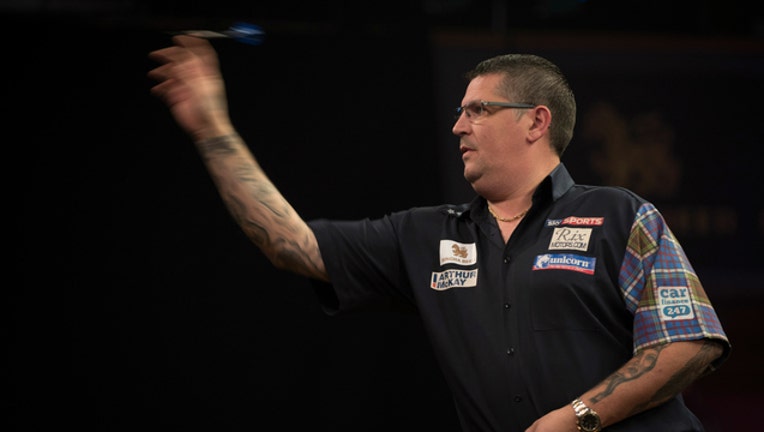 Gary Anderson of Scotland plays a shot in his semi-final match against James Wade of England during the SINGHA Beer Grand Slam of Darts at Wolverhampton Civic Hall on November 20, 2016 in Wolverhampton, England (Photo by Nathan Stirk/Getty Images).

WOLVERHAMPTON, England (Fox 32 News) - Darts and farts do not go together.

That's the only conclusion one can reach after reading accounts of a nasty match between two professional dart players at the Grand Slam of Darts in Wolverhampton, England.

The Guardian reports that Scottish player Gary Anderson and Dutch player Wesley Harms both blame each other for farting during a match.

Harms claims that he did poorly because Anderson had farted on the stage. He said: “It’ll take me two nights to lose this smell from my nose.”

Anderson denied farting this time, though he did admit to farting during competitions in the past.