EVERYTHING YOU NEED TO KNOW ABOUT INAUGURATION DAY IN DC 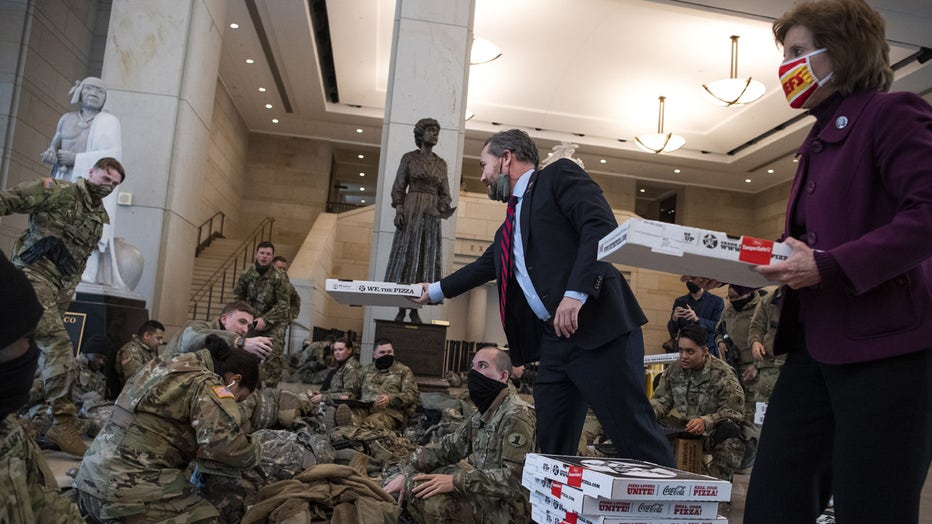 Reps. Michael Waltz, R-Fla., and Vicky Hartzler, R-Mo., deliver pizza to members of the Delaware National Guard in the Capitol Visitor Center as the House debated whether to impeach President Donald Trump for inciting an insurrection on Wednesday, Ja

We, The Pizza has created a page on its website for customers to buy hot, fresh pies that will be delivered to the troops.

The pizza shop says it will match every pizza donated and is also working with other restaurants in the area to provide even more meals. 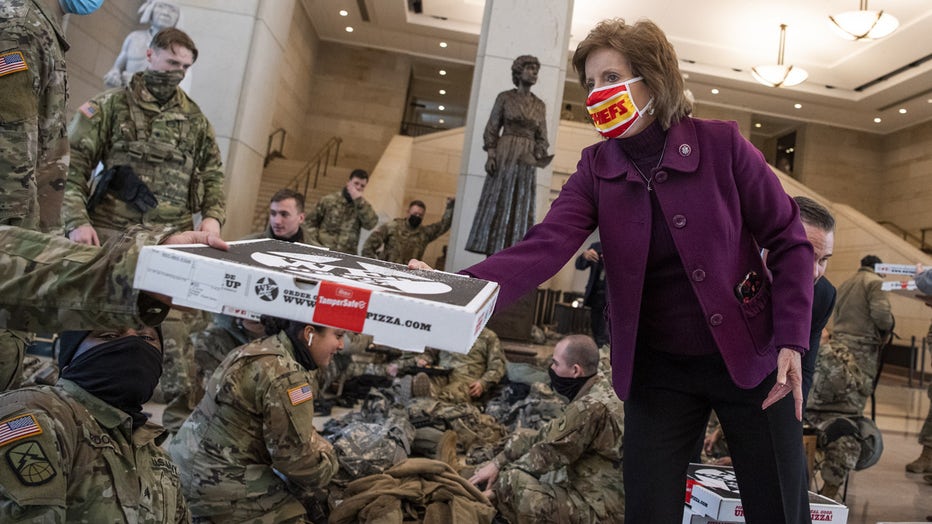 Vicky Hartzler, R-Mo., delivers pizza to members of the Delaware National Guard in the Capitol Visitor Center as the House debates of an article of impeachment against President Donald Trump on Wednesday, January 13, 2021. (Photo By Tom Williams/CQ-R

Earlier this week, Rep. Michael Waltz of Florida and Rep. Vicky Hartzler of Missouri, were seen handing out pizza to members of the National Guard.