New evidence was unveiled Tuesday regarding one suspect's motive in connection to the shooting death of a security guard, Richard Castellana, during a bank robbery in Gary, Indiana.

GARY, Indiana - The two men charged in a deadly bank robbery in Gary, Indiana, knew each other through the MidStates Football League, according to the FBI and prosecutors, and one of the suspects was struggling to pay the team's bills.

James King and Hailey Gist-Holden are charged in the robbery that led to the death of security guard Richard Castellana on June 11.

King was arrested near the First Midwest Bank, and prosecutors said that Gist-Holden was arrested in Georgia last week.

Prosecutors said on Tuesday that the men knew each other through the Illini Panthers MidStates Football League team; Gist-Holden is the team's owner. The MSFL is an adult amateur football league. 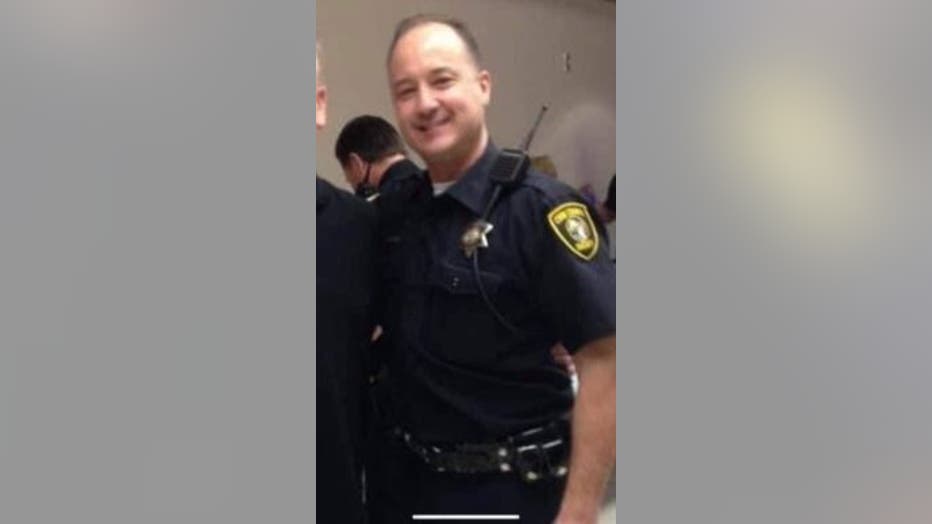 The complaint against Gist-Holden said that players had been warned by their hotel in Downers Grove that they would have to provide their own credit cards to pay for their rooms. Gist-Holden had already disputed charges at another hotel and was thinking of moving the players to his basement to save money.

Gist-Holden said he had been pawning items and borrowing from his own mother as well, but told investigators that he was not hurting for cash, the complaint said.

Castellana, 55, had retired from the Cook County Sheriff's Office in 2019.

A LinkedIn profile for "Hailey Gist-Holden" says he once worked as a bank teller. His company is called "Higher Greater Happier."