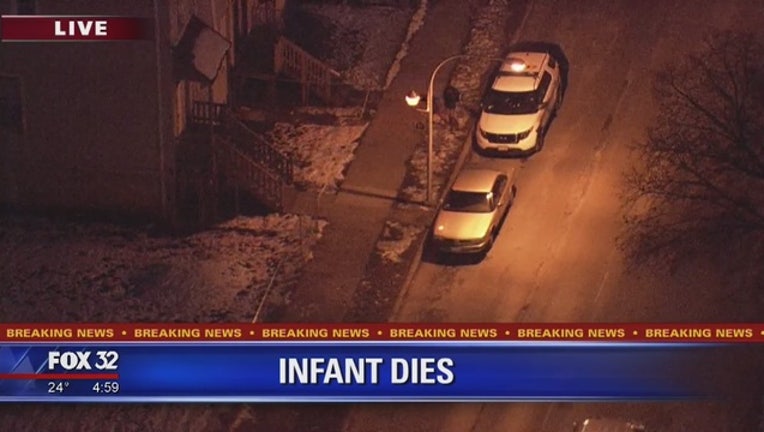 SUN-TIMES MEDIA WIRE - The death of a 1-month-old boy Wednesday afternoon in the South Side Englewood neighborhood has been ruled a homicide.

About 2 p.m., officers responded to a call to assist paramedics treating an unresponsive infant inside his home in the 6600 block of South Racine, according to Chicago Police.

Timothy Harmon was taken to St. Bernard Hospital, where he died at 2:39 p.m., according to the Cook County medical examiner’s office.

An autopsy Thursday found Timothy died of multiple injuries caused by child abuse, and his death was ruled a homicide, according to the medical examiner’s office.

Police said there were no obvious signs of trauma, but Area South detectives are investigating.

The state Department of Children and Family Services is also investigating, according to an agency spokeswoman. The agency has had no prior contact with the family.