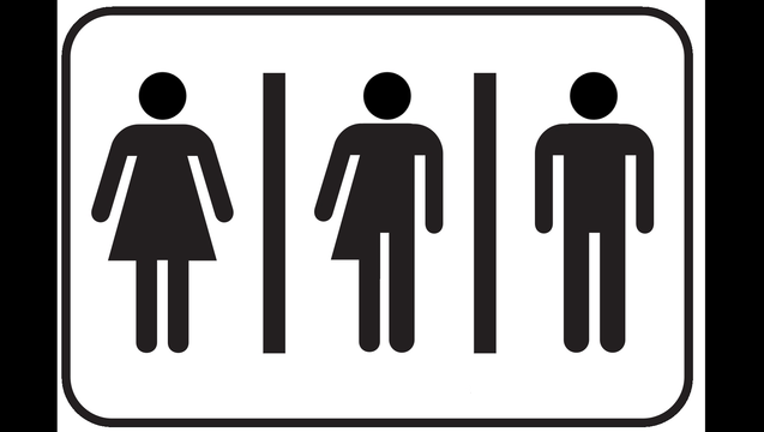 There was a showdown in Houston last fall. This spring, North Carolina became the battleground. By now, confrontations have flared across the country over whether to protect or curtail the right of transgender people to use public restrooms in accordance with their gender identity.

The upshot, in virtually every case, has been emotional debate over privacy, personal safety and prejudice.

Many of those who favor limiting transgender rights contend that expanding anti-bias protections to bathrooms and locker rooms raises the risk of sexual predators exploiting the laws to molest women and girls on those premises.

Transgender-rights advocates consider this argument malicious and false. They say that 18 states and scores of cities have experienced no significant public safety problems linked to their existing laws allowing transgender people to use bathrooms based on the gender they consider themselves to be.

On Monday, the U.S. Justice Department weighed in, suing to overturn North Carolina's new law restricting transgender bathroom access and warning that any similar measures elsewhere in the country could also face challenges on grounds they violate federal nondiscrimination rules. North Carolina has sued to keep the law in place.

Washington state is among the many jurisdictions with ongoing debate over bathroom access. Conservative activists are gathering signatures with hopes of putting a measure on the November ballot that would override state and local protections against gender-identity discrimination in public accommodations and require public schools to restrict transgender students' bathroom and locker room access.

"Stand with us as we stand to protect women and children from this dangerous rule," says a group pushing the ballot measure, in its online appeal for volunteers and donations. The group is called Just Want Privacy, reflecting the view that opposition to the laws goes beyond safety concerns for some.

Among those supporting the current rules and opposing the ballot initiative is John Lovick, former sheriff of Snohomish County.

"We've protected gay and transgender people from discrimination in Washington for 10 years, with no increase in public safety incidents as a result," he said. "It's important to remember that indecent exposure, voyeurism, and sexual assault, are already illegal, and police use those laws to keep people safe."

On the other side of the country, similar arguments are percolating in Massachusetts, which — despite its liberal tendencies — is not among the states banning discrimination against transgender people in restrooms and other public accommodations.

A bill to do that is advancing through the state legislature this spring. The state's Republican governor, Charlie Baker, has not committed to signing the bill if it reaches his desk but has said he opposes discrimination in any form.

To assuage critics who say male sexual predators might take advantage of the proposed change by claiming to identify as female, language has been added to the House version of the bill to allow legal action against anyone who makes an "improper" claim of gender identity.

Some critics of the bill were unimpressed by the addition, citing concerns about privacy.

"It still offers no protections to women and children who don't want to be eyed by or exposed to naked men in locker rooms or other intimate spaces," said Jonathan Alexandre, legal counsel for the Massachusetts Family Institute.

In South Carolina, lawmakers considered — but did not approve — a bill that would have required transgender people to use public bathrooms based on their biological sex. In opposing the bill, Richland County Sheriff Leon Lott said it addressed "a nonissue."

Elsewhere, the bathroom debate has flared on the local level. In the Dallas suburb of Rockwall, city councilors rejected the mayor's push to block transgender people from using the public bathrooms of their choice. In Oxford, Alabama, the city council approved such a restriction, complete with criminal penalties, then repealed it a week later.

The issue jumped into the spotlight last fall, after the Houston City Council adopted a wide-ranging nondiscrimination ordinance that included protections for transgender people using restrooms based on gender identity.

Opponents of the ordinance gathered enough signatures for a repeal referendum, then mounted a campaign using the slogan "No Men in Women's Bathrooms." By a margin of 61 percent to 39 percent, the anti-bias ordinance was repealed.

In March, the North Carolina legislature — reacting to a Houston-style nondiscrimination ordinance adopted by the city of Charlotte — hastily passed a law which limits protections for LGBT people and requires transgender people to use public bathrooms corresponding to the sex on their birth certificate. The law has been assailed by gay-rights groups, businesses, sports leagues and entertainers, and is now the subject of the dueling state and federal lawsuits.

Among those defending the new law is Phil Berger, Republican leader of the state Senate, who contends that the Charlotte ordinance was dangerous.

"Ill-intentioned, non-transgender individuals, some with criminal pasts, have used similar ordinances elsewhere in the country to gain legal access to changing facilities and bathrooms of minors of the opposite sex," Berger wrote in an April 19 letter to business executives.

Asked for examples of such cases, Berger's office provided links to a few recent news articles. One concerned a man who reportedly entered a women's locker room in a Seattle park, started undressing and said, when asked to leave, "The law has changed and I have a right to be here."

The man eventually left after being confronted by park employees; no charges were filed.

Other cases cited by Berger and his allies involve voyeurs and peeping toms who tried to film or photograph women in restrooms or dressing rooms. Transgender-rights supporters who've checked out these cases say the incidents generally led to an arrest and had no direct connection to laws prohibiting discrimination based on gender identity.

The claims that nondiscrimination laws are dangerous "capitalize on the general public's lack of knowledge and understanding of who transgender people really are," said Dru Levasseur, Transgender Rights Project director for the LGBT-rights group Lambda Legal. "It gets down to prejudice and it's not based on any kind of reality."

Activists say transgender people already experience above-average levels of violence and harassment, and would be at extra risk if required to use restrooms that do not match their gender identity.

The surge of disputes over transgender rights began last year after social conservatives lost a long battle to prevent the nationwide legalization of same-sex marriage. The debate over bathroom and locker room access is now one of two main battlefronts for many of those who opposed gay marriage, along with efforts to allow certain types of anti-LGBT discrimination if based on religious beliefs.

At the local level, the transgender-rights disputes have often boiled down to visceral debates over school policies for bathroom and locker room use. Among them:

—The school board in Virginia's Gloucester County is challenging a federal court ruling that a transgender teen must be allowed to use the boys' restroom at school.

—In the Chicago suburb of Palatine, 51 families are taking legal action in a bid to stop the school district from allowing a transgender student to use a girls' locker room. An attorney for the families, Jocelyn Floyd, said the federal Education Department had pressured the school district into a "dangerous social experiment." Edwin Yohnka of the American Civil Liberties Union of Illinois, which has represented the transgender student, depicted the lawsuit as "a sad development by groups opposed to fair and humane treatment of all students."

—In Florida's Marion County, the school board voted to require that students use the bathrooms and other facilities based on their biological sex. Liberty Counsel, a conservative legal group, said it pushed for the policy after learning that a devout Christian boy was "extremely upset when he encountered a female student in the boy's bathroom at his high school."

"The passage of laws declaring a 'right' to bathroom and locker room accesses based on 'gender identity' defies common sense and puts women at risk," Liberty Counsel says on its website.

Mat Staver, Liberty Counsel's chairman, cited a 2012 incident at Evergreen State College in Washington state — a school with a policy allowing people to access bathrooms and locker rooms based on their gender identity. There was a police investigation, but no arrest, after some girls from a local high school swim team complained that they saw a person with male genitalia in the sauna area of the women's locker room they were using.

The college said the person seen by the girls identified as a woman and was entitled to be at the sauna. It subsequently added some screening to prevent possible recurrences.