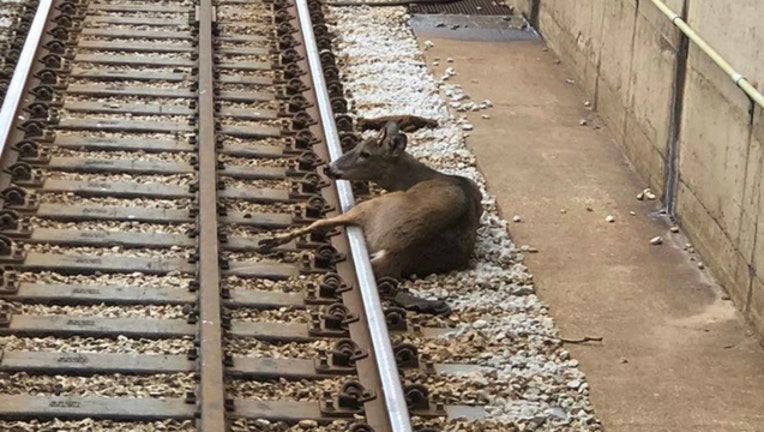 About 1 p.m., trains were halted between the Harlem and O’Hare stops after the deer ran onto the tracks and became trapped near the Rosemont station, according to a CTA spokesman.

Freeing the deer required the efforts of multiple local and state agencies, the CTA spokesman said.

The deer was safely pulled from the tracks and taken by Chicago Animal Care and Control, according to Chicago Fire Media Affairs.

Shuttle buses were used to move riders between the blocked area during that time, the CTA spokesman said.

Trains were moving again by 4:45 p.m. after the deer was removed from the tracks.