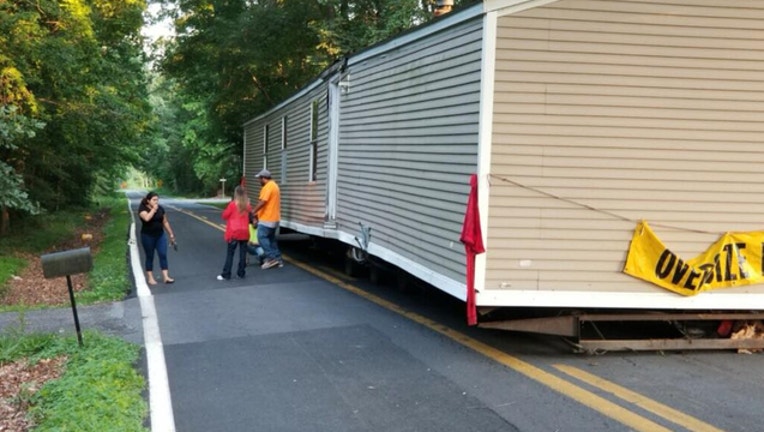 Investigators are trying to determine who abandoned a house on a street in Dover, Del. (The Dover Police Department)

FOX NEWS - Police are mystified after an unlikely source shut down a street in the Delaware state capital earlier this week.

“Somebody left a house on Long Point Road,” the Dover Police Department said in a Facebook Post. “Nope this is not a joke.”

Police are still trying to determine who is responsible for the abandoned pre-fabricated home. Officers added that they won't able to get anyone to remove the house until Wednesday at the earliest.

The 'oversize load' has forced motorists to use alternate routes of travel.