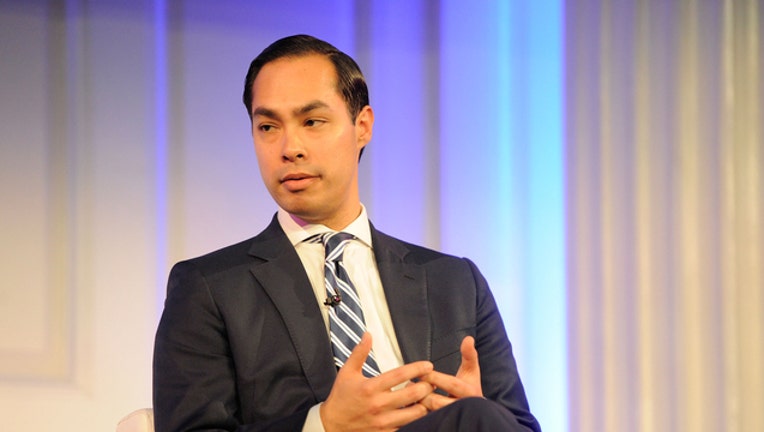 AUSTIN, Texas (AP) - Democrat Julian Castro said Tuesday that he will likely seek the presidency in 2020 after months of signals from former President Barack Obama's housing secretary that he's preparing for a White House run.

"I'm likely to do it," he told The Associated Press.

The 44-year-old Castro would join what is shaping up to be a crowded field of Democratic challengers, which could include Sen. Cory Booker of New Jersey and Sen. Elizabeth Warren of Massachusetts. Castro said he still wants to see the results of November's midterm elections before making a final decision, saying he's "convinced these elections set a mood and a tone" for the next couple of years.

"It's a wide-open race. People want a new generation of leadership," Castro said in a phone interview from New York. "Folks are open to considering new faces. I heard that very clearly everywhere that I've gone."

The former San Antonio mayor would be a prominent Latino candidate in the field. Castro said his party vision includes taking Arizona, Florida and his home state of Texas, which have among the highest Hispanic populations in the U.S.

Castro said he believes he could deliver Texas, which has voted Republican in every presidential race since 1980. With three weeks until Election Day, Rep. Beto O'Rourke has shattered expectations for a Democrat in Texas by giving Republican Sen. Ted Cruz a real battle for re-election, but polls still have Cruz ahead.

Castro rose quickly among Democrats after being elected mayor of the nation's seventh-largest city in his early 30s and giving the keynote speech of the 2012 Democratic National Convention. Obama appointed him as U.S. housing secretary in 2014, and two years later, Castro was rumored as a possible running mate for Hillary Clinton.

Castro first said he was likely to run in an interview with Rolling Stone while promoting his new book titled, "An Unlikely Journey: Waking up from My American Dream." The memoir was just one of the signs he's preparing for a 2020 run: Castro has also been campaigning for other Democrats in midterm races nationwide and making trips to Iowa, a destination for presidential hopefuls.

His twin brother is Democratic Congressman Joaquin Castro, who some Texas Democrats had hoped would run for governor or Senate in the midterms.