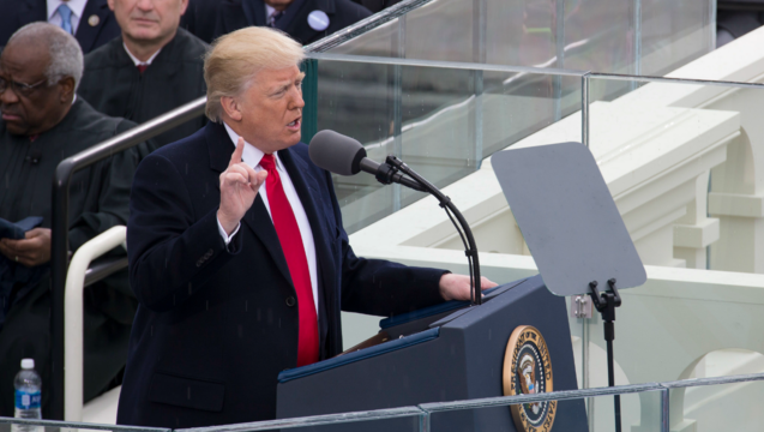 FOX NEWS - Two Democratic lawmakers introduced legislation Tuesday that would prevent President Trump from launching a nuclear weapon without a obtaining a congressional declaration of war.

Foreign Policy reported that the bill was introduced by Sen. Edward Markey, D-Mass., and Rep. Ted Lieu, D-Calif. The article notes that Lieu has a paper sign outside his office that reads, “Alternative Fact Free Zone.”

Under current  law, the U.S. president can order a first-use nuclear strike even if the U.S. is not under nuclear attack. Trump was asked by ABC News Wednesday about the responsibility of  receiving the nuclear codes and responded that it was a “very sobering moment." “It’s very, very, very, scary in a sense.”

During the campaign, Hillary Clinton made it a point hit Trump on his temperament and what she called his erratic use of Twitter. She said, “A man you can bait with a tweet is not a man we can trust with  nuclear weapons.”

Markey said in a statement that nuclear war is the “gravest risk to human survival," and he is concerned that Trump  suggested in the past that he would consider a launch against terrorists.