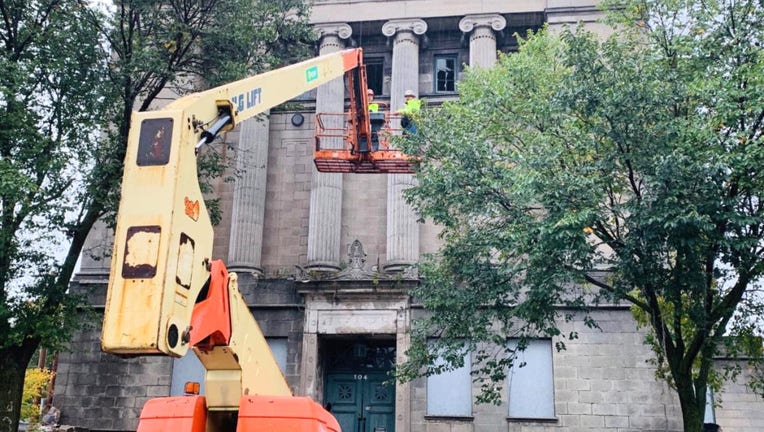 The demolition of Aurora’s historic Masonic Temple began Oct. 8, 2019, less than a week after it was destroyed by a fire. ( City of Aurora )

The demolition was prompted by safety concerns after the temple was destroyed in a fire earlier this week, a spokesperson for Aurora said in a statement.

The “Masonic Temple is structurally unsound and could present a danger to the immediate area or to thrill-seekers attempting to venture inside,” the spokesperson wrote.

While the building will be destroyed, the city will salvage four west-facing columns at the building’s main entrance for historic purposes, according to the spokesperson. The city also decided not to demolish the historic district home immediately east of the temple.

About two-thirds of Aurora’s fire department responded to the blaze about 10 p.m. Monday, after a bystander saw smoke and embers coming from the temple and called 911, Aurora Fire Dept. Battalion Chief Jim Rhodes said at the time.

Firefighters were still on scene at 10:45 a.m. the next day extinguishing the fire at the temple, located at 104 S. Lincoln Ave. 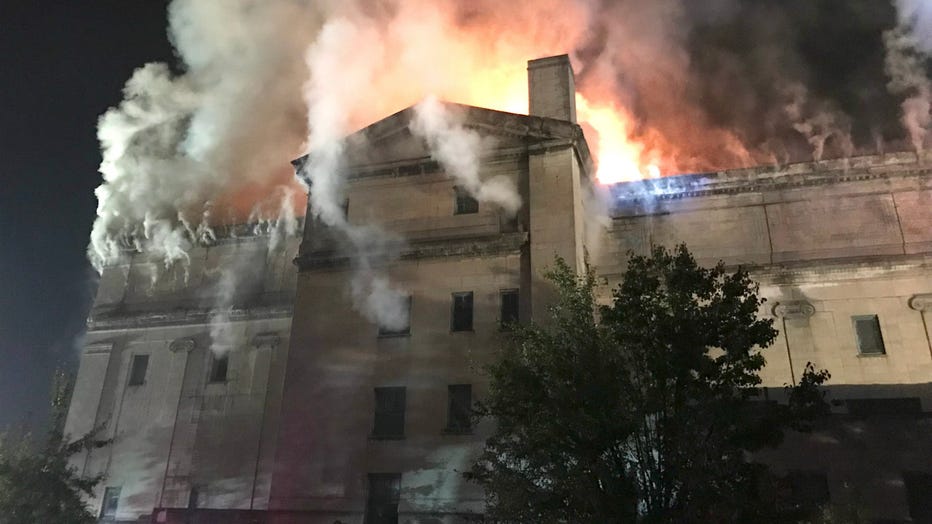 The Masonic Temple was built in 1922 by the Aurora Masonic Alliance, a group of 10 Masonic organizations, according to the City of Aurora’s website. It was named one of Landmark Illinois’ “Most Endangered Historic Places” in 2009.

The cause of the fire was under investigation, and no injuries were reported.

The demolish is expected to be finished in 50 days for less than $780,000, the city spokesperson said.