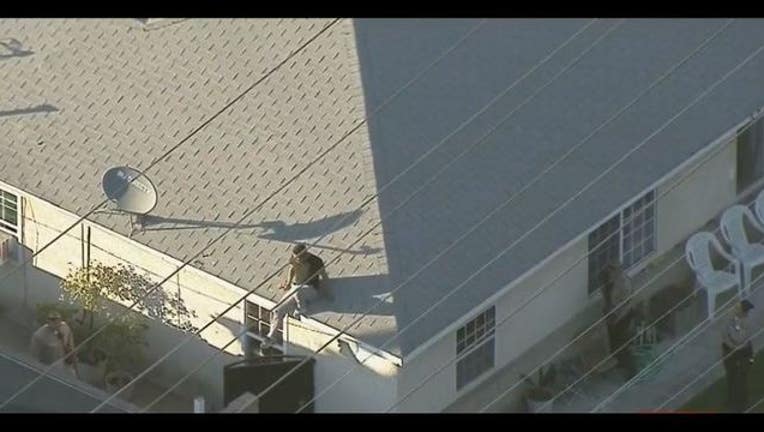 NORWALK, Calif. (FOX 11) - Authorities have surrounded a male suspect on a roof in Norwalk.

The suspect was allegedly involved with attempted carjackings in the area Friday before 3 p.m.

Authorities tried to arrest the suspect, but he fled and went up to a roof near Studebaker Road, according to media reports.

No weapon was seen during the carjacking attempts, but crisis negotiators have been called to the scene as a precaution, according to the reports.

Los Angeles County Sheriff's have a female accomplice in custody.