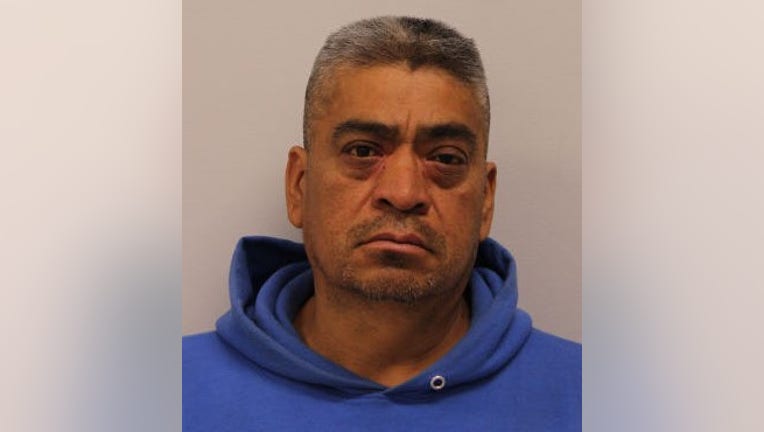 MOUNT PROSPECT, Ill. - A Des Plaines man is accused of sexually assaulting a 12-year-old victim in an alley last week.

At about 4:56 p.m. on May 5, Mount Prospect police responded to 1843 W. Algonquin Road for an investigation of criminal sexual assault involving a juvenile victim.

When officers arrived, it was discovered that Gonzalez-Sanchez had allegedly met a 12-year-old victim outside of the business at 1805 W. Algonquin Road, and led the juvenile into the back alley at 1843 W. Algonquin Road.

Gonzalez-Sanchez then allegedly forced the juvenile to have sexual contact with him by verbally threatening the victim.

A witness saw Gonzalez-Sanchez and the victim and called 911.

Police located surveillance video of the back alley, which contained evidence of the crime.

Gonzalez-Sanchez was arrested and charged on May 5. He was transported to a bond hearing on May 7, where his bond was set at $500,000.

His next court date was set for Wednesday.