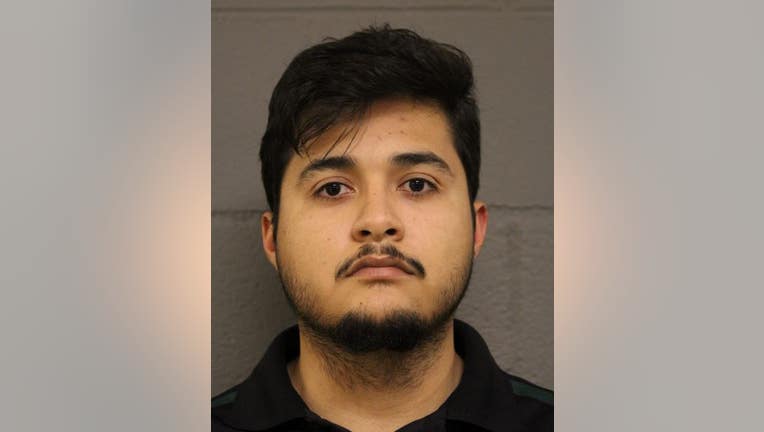 Special Victims Unit investigators discovered sexually explicit images of children under the age of 13 on a cellphone belonging to Cholino Sanchez-Gonzalez, according to the Cook County Sheriff's Office.

A tip from the National Center for Missing and Exploited Children led investigators to Sanchez-Gonzalez who was arrested Tuesday after a traffic stop.

Sanchez-Gonzalez told investigators he used his phone to view and download images of underage children from a website, showing them where he saved the images on his phone.

A forensic examination of his cellphone showed more pornographic images, some involving children as young as 8 years old.

Sanchez-Gonzales is due in court Thursday for a bond hearing.

He faces one felony count of possession of child pornography.