The city of Chicago is looking to give a more than century-old CTA station in the heart of the Loop a facelift.

CHICAGO - The city of Chicago is looking to give a more than century-old CTA station in the heart of the Loop a facelift.

Preliminary design concepts were unveiled Wednesday by Mayor Lori Lightfoot and members of the Chicago Department of Transportation and the CTA to upgrade the aging CTA station at State and Lake streets.

The current station was built in 1895 as part of the original Loop elevated and was the second-busiest station on the Loop ‘L’ in 2019, with more than 3.7 million annual entries, according to the CTA. It serves five of the CTA’s eight rail lines. 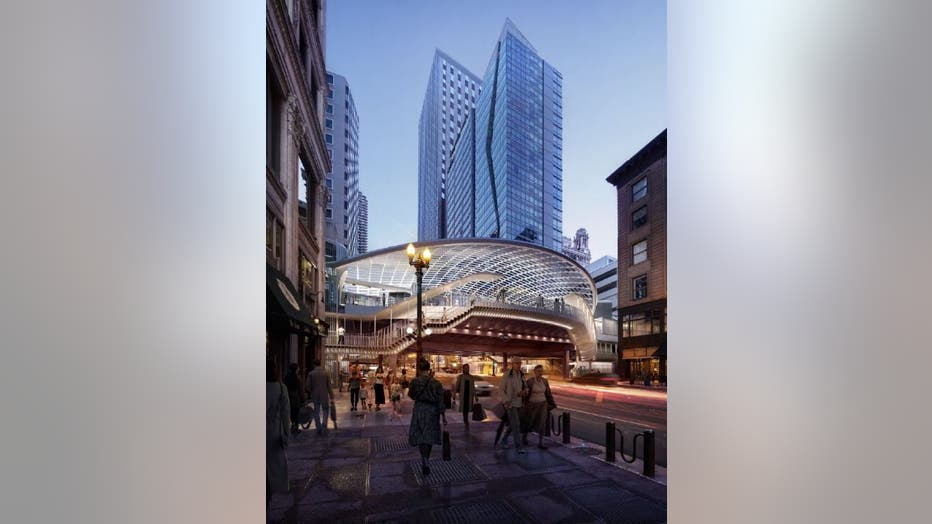 "Given that the State and Lake CTA Station lies within the beating heart of Chicago, we must pave the way for its full modernization and make it easily accessible for all transit riders," Lightfoot said. "In addition to accessibility, this project also demonstrates our commitment to the full revival of the Loop—which is the economic engine and cultural hub of our great city."

The new state-of-the-art rail hub will be fully accessible and feature a glass canopy wider platforms and a walkway connecting the inner and outer platforms, according to a press release from the CTA. 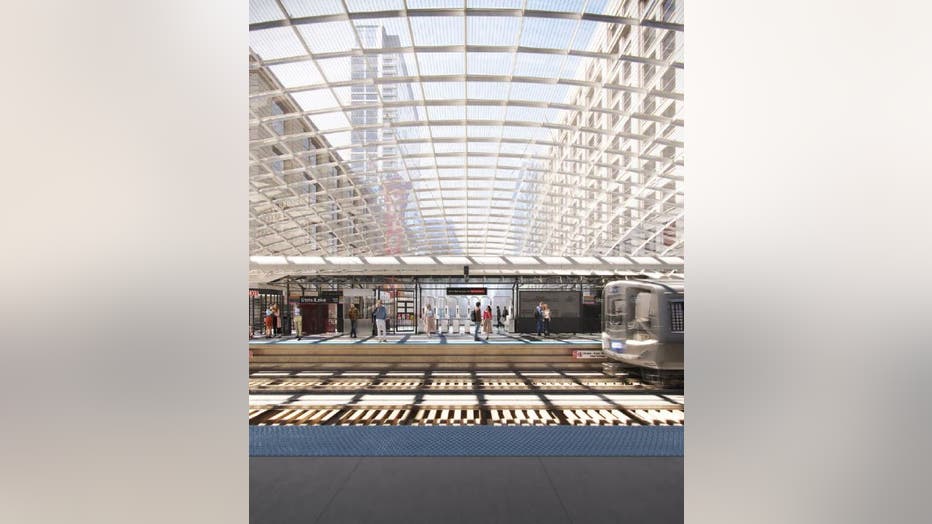 The new design will retain some of the station's original design elements such as salvaged posts and railings while blending in new elements such as wider balconies  that create scenic overlooks of State Street, including an up-close view of the iconic Chicago Theater.

"The intersection of State and Lake Streets is an iconic location in the heart of Chicago, and it deserves a station that makes a bold statement while meeting the needs of the 21st Century transit customer," said CTA President Dorval R. Carter, Jr. 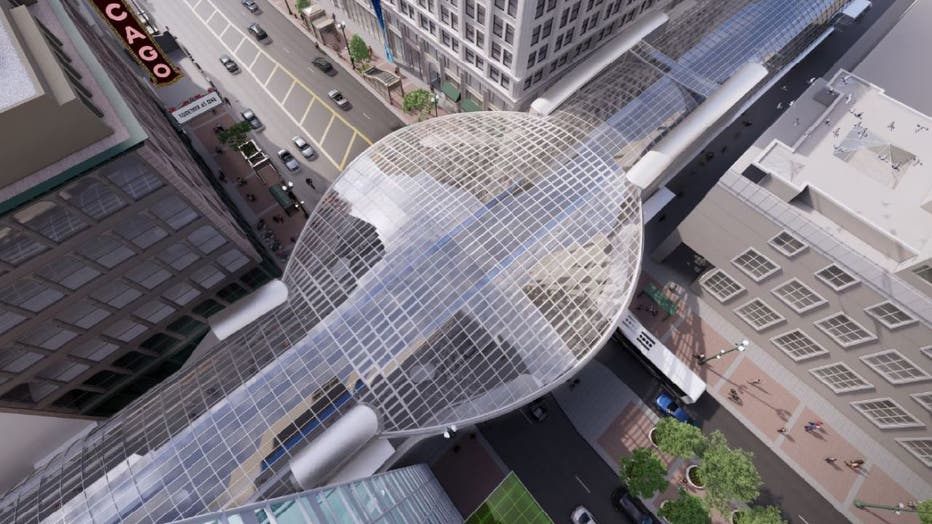 The update to the station is in keeping with recent signature stations, such as the 95th Street Terminal, the Washington/Wabash station, and the Damen Green Line station, which will begin construction later this year.

The project will also add four elevators located at each corner of State and Lake to make the station fully accessible, marking a big step in the CTA’s All Stations Accessibility Plan, a blueprint to make all CTA train stations accessible. 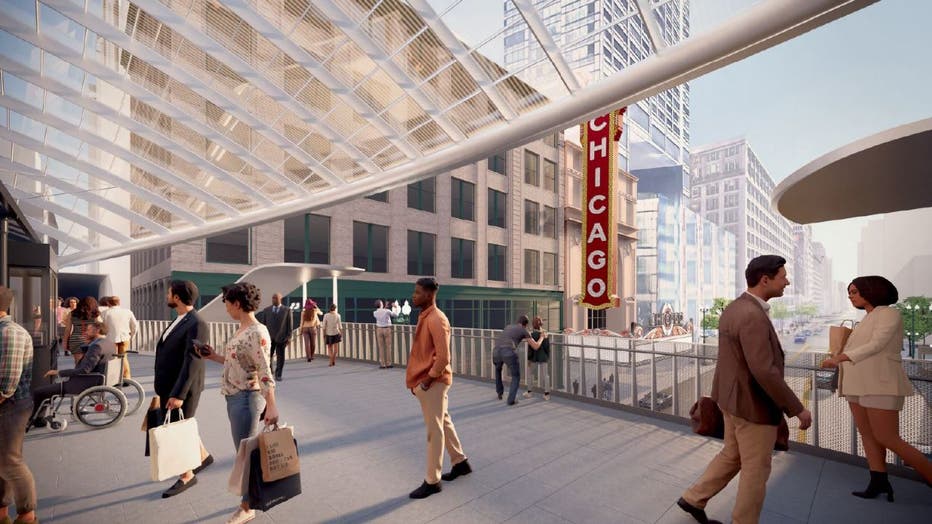 The project has been awarded $11 million in engineering and design funding and $119 million in construction funding through the federal Congestion Mitigation and Air Quality Program, according to the CTA. The total estimated project cost is approximately $180 million. The City of Chicago is seeking additional funding from various potential sources.

Once the design process is complete and full funding is obtained, it will take about three years to complete construction of the new station, the CTA said. 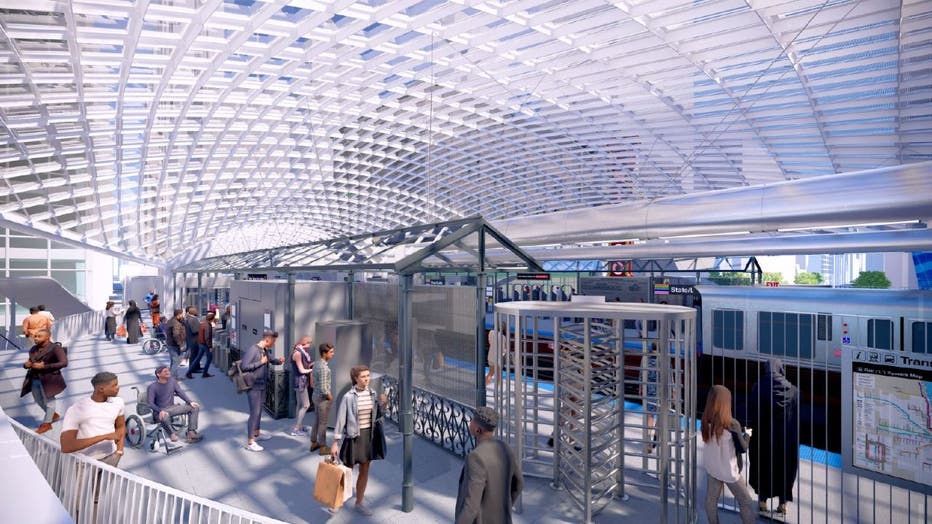