DETROIT (FOX 2) - The Detroit Police Department has released a video of a woman who assaulted a bus driver with food and fists on a Detroit Department of Transportation bus while she was driving in late December.

Police said the assault happened December 29, around 4:15 p.m. near Mack and Bewick.

Now Detroit police is looking for the woman police say was behind the beatdown December 9.

Police released the video that showed a woman walking up from the rear of the DDOT bus, throwing what appears to be nachos at the driver, and then pulling the driver from the seat while the bus was still in motion.

With nobody controlling the bus, it kept going and collided with an electrical box and a street sign. The bus eventually stopped in a vacant lot nearby.

"She went straight; I'm surprised she didn't hit the building," Robert Beavers told us. He was working at the Mack & Bewick Market and saw the aftermath of the assault. "She went straight, she hit the box over here on the side and went between this pole and went right through the field."

Other passengers stopped the woman but she was able to leave the bus by jumping through a window before police arrived.

The suspect, who police said is known as "Dee Dee", is 5'4'', 165 lbs, was gone before they arrived and are asking for information about her location. 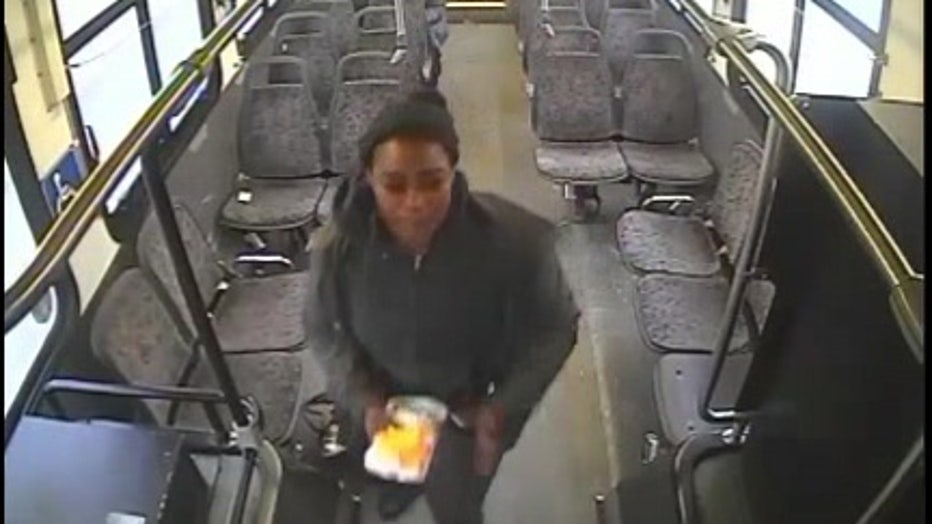 Detroit Police released video of a woman who assaulted a bus driver with fast food and then pulled the driver out of the seat while the bus was still moving.

It's not known if the driver was hurt in the assault.

"Fortunately we were blessed that it didn't turn into something that could've more significant. Not only the passengers on the bus [weren't hurt] but civilians on the street [weren't hurt either]," Transit police chief Rick Brown said.

Brown told us they're aggressively recruiting more officers and that while attacks on bus drivers seem frequent, there were only 17 incidents in 2019 - all while transporting 20 million passengers a year.

"But like I said - always say - one assault on our drivers is one too many," Brown said.