Everyone over 65 next in line for vaccine in Wisconsin

Everyone over age 65 in Wisconsin will be eligible for the COVID-19 vaccine starting on Monday, the state Department of Health Services said Tuesday.

MADISON, Wis. - Everyone over age 65 in Wisconsin will be eligible for the COVID-19 vaccine starting Monday, a group of 700,000 people that is more expansive than originally envisioned to be next in line for the shot, the state Department of Health Services said Tuesday.

The department also cautioned that the speed of vaccinations depends on how much vaccine the federal government sends. Wisconsin receives about 70,000 doses of first-dose vaccine each week; at that pace, it could take months to vaccinate the next group.

Wisconsin DHS Deputy Secretary Julie Willems Van Dijk and Stephanie Schauer, Ph.D., program manager with the Division of Public Health Immunization, discussed the latest developments regarding the COVID-19 vaccine. Everyone over age 65 in Wisconsin will be eligible for the COVID-19 vaccine starting on Monday, the DHS said Tuesday.

"That’s going to pose a real scale-up challenge to those of us administering the vaccine," said Dr. John Raymond, head of the Medical College of Wisconsin.

But Andrea Palm, the secretary of the state Department of Health Services who is leaving her post on Wednesday, said Wisconsin was ready to expand access.

"The amount of vaccine we get from the federal government will determine how quickly we can get these groups vaccinated," she said. 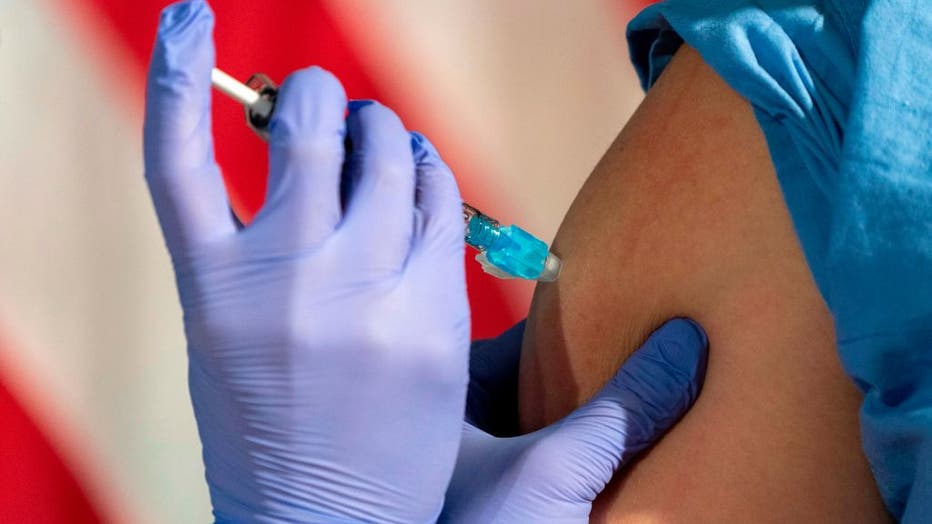 There are more than 1,200 vaccination providers registered to deliver the vaccine in Wisconsin, including nine mobile clinics staffed by the Wisconsin National Guard. Leaders of the Wisconsin Hospital Association and Pharmacy Society of Wisconsin on Tuesday praised making the vaccine eligible to everyone over 65 and pledged to do all they can to vaccinate people quickly.

Also eligible for vaccinations are front-line health care workers, those in long-term care facilities, police and fire personnel. People over 65 may get vaccinated sooner if their provider has already inoculated those in the previously eligible population, the health department said. 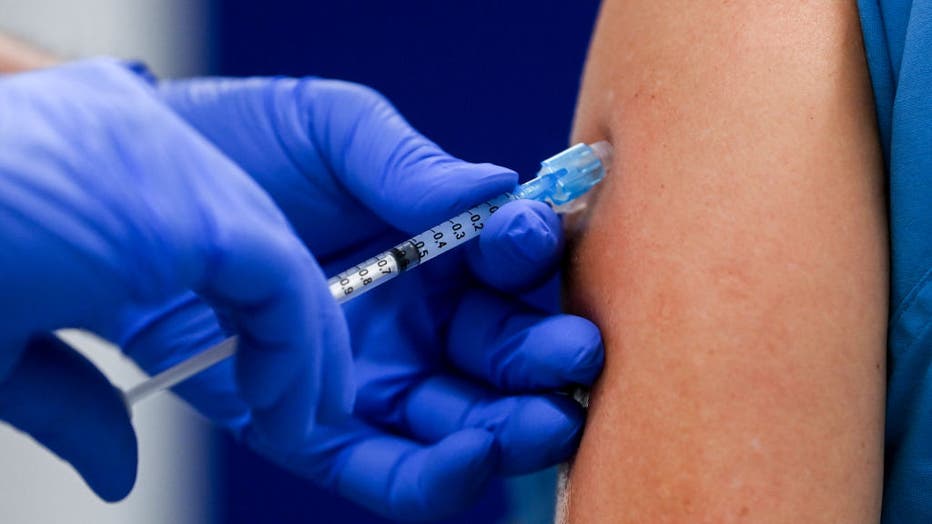 Vaccinating everyone over 65 is in line with federal guidelines, but breaks with a state panel's recommendations last week that the next group include those over age 70 along with teachers, child care workers, mink farmers, prisoners and others who live in congregate settings. The state health department said the full scope of those included in the next round of vaccinations will be determined this week.

"Older adults have been hardest hit by the COVID-19 pandemic, and prioritizing this population will help save lives," Palm said. The announcement came the day before Palm was resigning to become the deputy secretary at the U.S. Department of Health and Human Services. 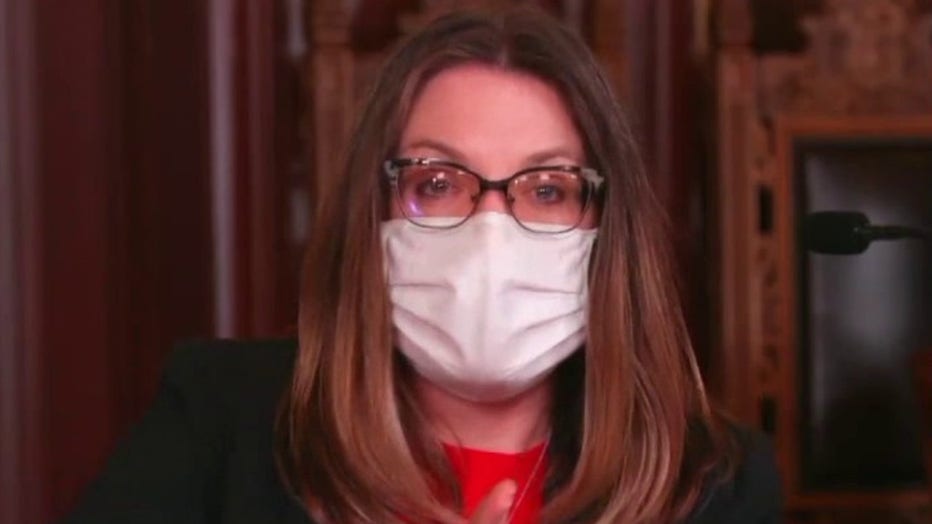 Palm and Gov. Tony Evers' administration has been criticized by Republican lawmakers, who say the rollout is unorganized, slow and too bureaucratic.

As of Tuesday, the vaccine had been administered to 248,185 people in Wisconsin, the state health department reported.

Raymond, the head of the Medical College of Wisconsin, said he believes the state is "doing fine" with its vaccine rollout. Speaking at a virtual meeting of the Rotary Club of Milwaukee, Raymond said the difference between Wisconsin’s vaccination rate (2.6%) and the national rate (3.2%) is "immaterial." 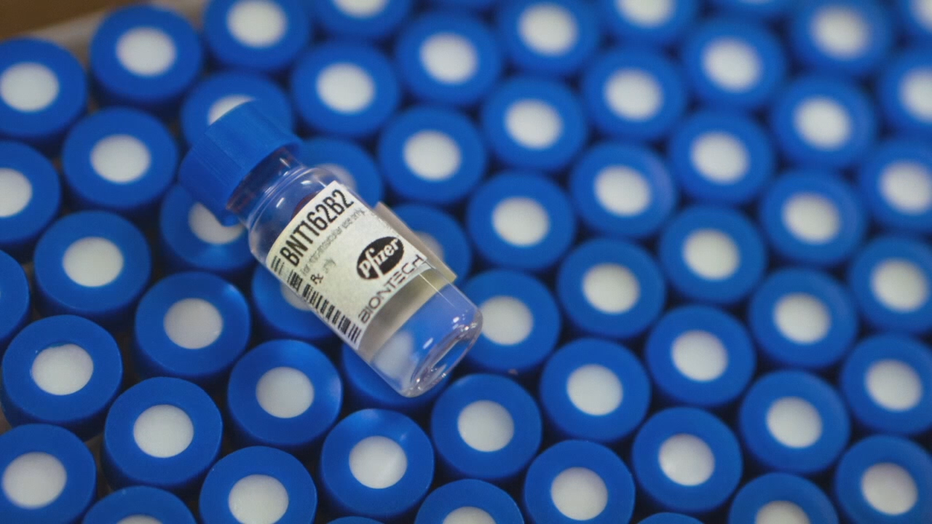 Grocery store employees have also objected to not being included in the next round of vaccination plans, as recommended by the federal Centers for Disease Control and Prevention.

Tim Metcalfe, who owns a Metcalfe’s Market store in Wauwatosa and two more in Madison, wrote an open letter to the committee that plans Wisconsin’s vaccination phases, the Wisconsin State Journal reported.

"While our company takes every safety precaution possible for our team, the reality is that this team has been exposed to members of the public every day and put at increased risk of infection for nearly a year now," Metcalfe said. 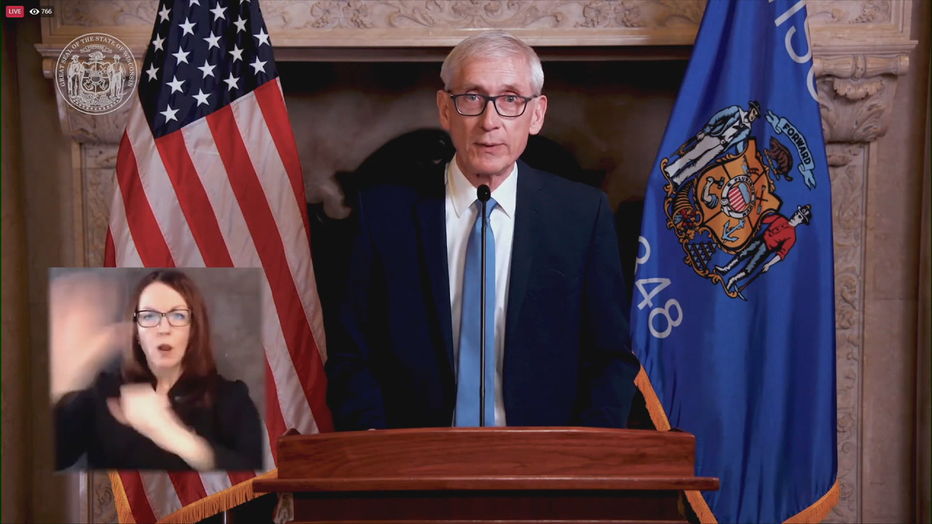 Evers has repeatedly argued that the state is limited by its supply of vaccine from the federal government, while urging President Donald Trump's administration to send more doses.

President-elect Joe Biden has pledged to send 100 million doses of the vaccine in his first 100 days in office.

To date, the coronavirus has killed 5,470 people in Wisconsin and nearly 523,000 have tested positive.

Evers planned to continue the statewide mask mandate — which took effect in August and expires Tuesday — for an additional two months. The Wisconsin Supreme Court is weighing a challenge to the mask order brought by Jere Fabick, a major Republican donor.