FOX 32 NEWS - There has been an outpouring of love and support for Debbie Reynolds and her daughter, Carrie Fisher.

Many are wondering, though, if Reynolds died of a broken heart, a day after the death of her daughter.

Reynolds was 84 years old when she died of a stroke. On Thursday, crowds gathered at the Hollywood Walk of Fame to pay tribute.

Best known for her roles in ‘Singing in the Rain’ and ‘The Unsinkable Molly Brown,’ her death came as a surprise, just one day after her daughter Carrie Fisher of Star Wars fame died of a massive heart attack.

The two were known to have had at one time a tumultuous relationship, but had reconciled and were said to be very close.

"I can't describe to you how close they were, how much love and turmoil they went through together during the years...this is just beyond sad. The unsinkable Debbie Reynolds was sunk,” said entertainment journalist Jeanne Wolf.

Reynolds’ son, Todd Fisher, said the stress of his sister’s death was too much for his mother, and that she said "I want to be with Carrie," and then she was gone.

Many people believe Reynolds died of a broken heart. The American Heart Association does classify Broken Heart Syndrome as a medical condition.

Psychiatrist Dr. Michael Ziffra says the stress that comes with the loss of a loved one can in fact have a devastating medical impact, especially on people who are older or have an existing medical condition.

"It puts a lot of stress on our cardiovascular system our heart rate can go up. Our blood pressure can go up and that can potentially put people at risk of significant medical events that involve the cardiovascular system. So two common examples would be heart attack or stroke,” said Dr. Michael Ziffra of Northwestern Memorial Hospital.

Dr. Ziffra says medical professionals are very aware of the dangers of broken heart syndrome after the death of a loved one. As a result, they are trained to screen survivors more diligently in terms of monitoring for symptoms.

As far as fans mourning the death of Reynolds and Fisher, experts say that  grief is a reflection of a connection that has been lost. That’s why tributes took place across the country.

In one dedication, it was said that the only comfort that can now come from this situation is that Reynolds and Fisher are together once again.

Debbie Reynolds was reportedly planning her daughter's funeral when she had the stroke. Arrangements for both Reynolds and Fisher are still pending. 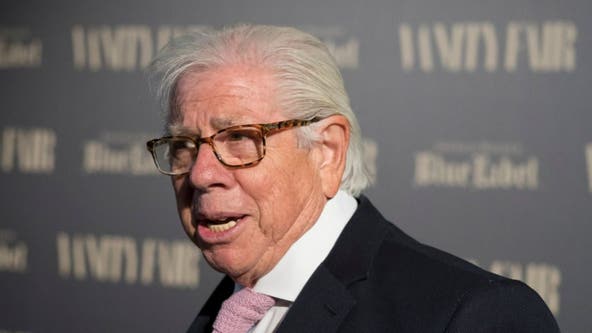