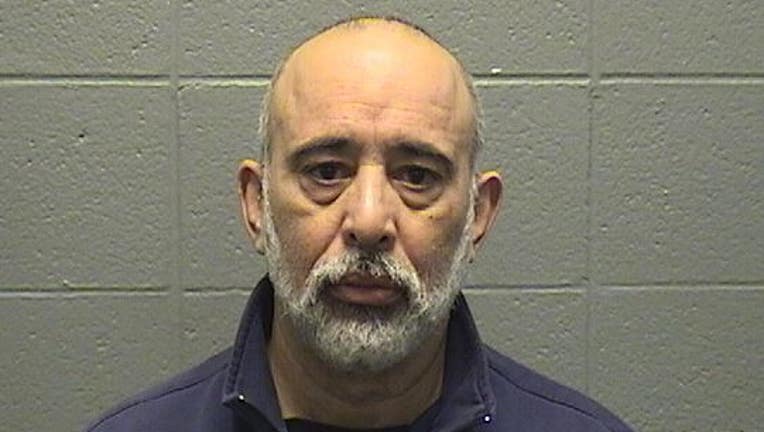 CHICAGO - A man was arrested in Cleveland, Ohio last month after prosecutors were able to match DNA evidence linking him to two sexual assaults that happened 25 years ago in Lake View and Portage Park.

Juan Roldan, 59, was taken into custody in Ohio on March 10 and charged with felony aggravated criminal sexual assault and home invasion for the attacks, which took place in 1997 and in 1998, according to Cook County prosecutors.

Roldan was extradited to Chicago on Tuesday and appeared in court the next day, where he was ordered held without bail. The crime news blog CWB Chicago first reported that Roldan had been arrested and charged.

In the 1997 case, a 28-year-old woman was half-asleep in her home on March 4 when Roldan broke in, entered her bedroom and sat at the edge of her bed, prosecutors said.

The woman couldn’t get a good look at him and, thinking it was one of her children, told the person to get in bed, prosecutors said. When Roldan stood up, she immediately realized that it was a strange man and she tried to get up.

Roldan grabbed the woman, pulled her to the floor put his hand over her mouth and sexually assaulted her, prosecutors said.

The woman filed a police report and went to the hospital, where a rape kit was completed, prosecutors said. Weeks later, the woman picked a different man out of a lineup who was ultimately excluded as the attacker through DNA evidence. She was undergoing therapy and was on medication at the time.

Roldan attacked another woman less than a year later on Jan. 25, 1998, prosecutors said. The 22-year-old was walking near Sheffield and Wellington avenues about 1:40 a.m. when she heard a car with a loud muffler drive up, prosecutors said.

Roldan offered the woman a ride home but she declined and he drove off, prosecutors said, adding that at some point Roldan turned back around.

The woman filed a police report the same day and went to a hospital for treatment, prosecutors said. She was able to identify Roldan in a photo lineup.

In 2014, authorities were able to match DNA found on the first victim to Roldan after his genetic profile was entered in the system due to a 2013 domestic battery arrest out of Cleveland, prosecutors said.

A warrant was issued for his arrest that year.