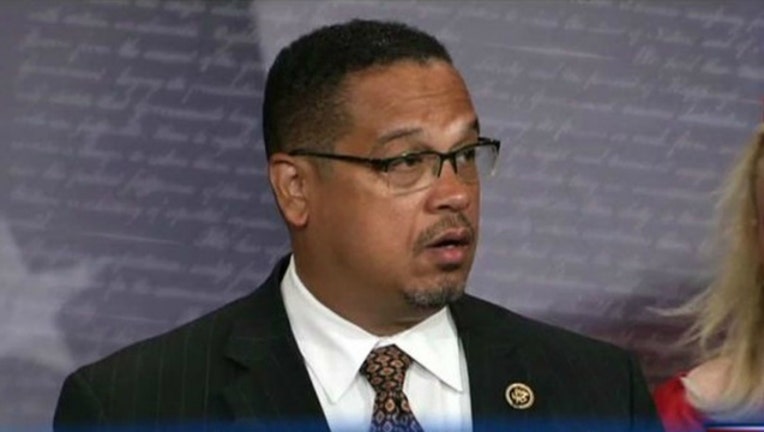 FOX NEWS - Rep. Keith Ellison (D-MN) is rumored to be the top choice the chair of the Democratic National Committee, but he is attracting criticism for controversial comments he's made in the past.

Years ago, Ellison, America's first Muslim-American congressman and the first black American elected to Congress by the state of Minnesota, supported the Nation of Islam and called for a separate country for black Americans.

On "Fox & Friends" Tuesday morning, Kevin Jackson pointed out the irony that President-elect Donald Trump is labeled a racist, while the potential future leader of the Democratic Party wanted a separate state for people of one race. Jackson pointed out that notable Democrats, including Bernie Sanders, Elizabeth Warren, Chuck Schumer and Harry Reid, have thrown their support behind Ellison.

He said that support amounts to condoning Ellison's "racist policies."

"I'd love to see him become the new Democrat leader, because he certainly represents them very well," Jackson said. "Keith Ellison is what I call an ethnocentric racist."