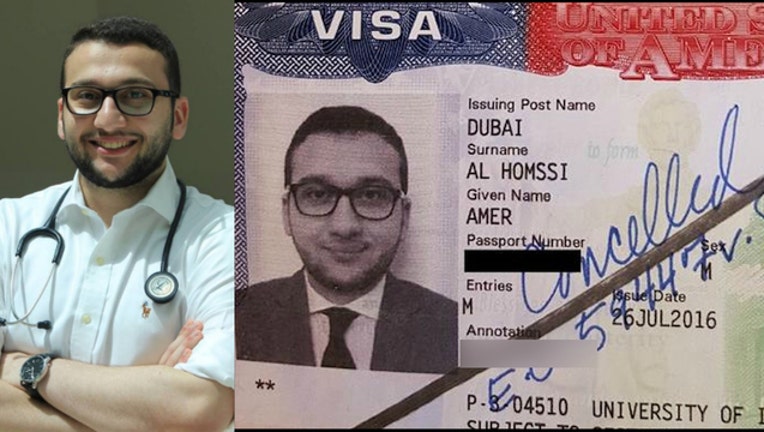 CHICAGO (AP) - A Chicago-area doctor is back in the U.S. after being barred from re-entering the country for several days by President Donald Trump's executive order on immigration.

Dr. Amer Al Homssi is a Syrian citizen who on Jan. 18 traveled to the United Arab Emirates where he is a legal resident to get married. However, when he tried to return to Chicago on Sunday, he was told his visa had been canceled.

Al Homssi on Thursday told supporters he was happy to back. He said without their support, which he learned of through social media, he wouldn't have had hope of getting back into the U.S.

Attorneys for the internal medicine resident say federal authorities acknowledged Wednesday Al Homssi shouldn't have been barred from the country based on the president's executive order.