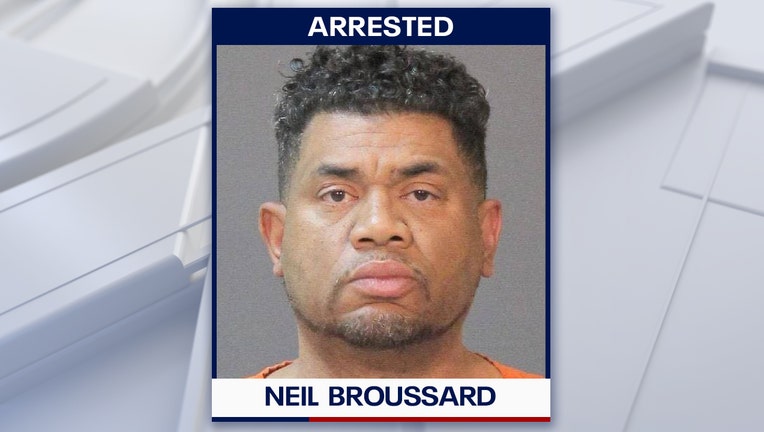 LAKE CHARLES, La. - Workers at a Dollar General store recognized a convicted sex offender accused of killing two teenagers and kidnapping a third — and locked him in after quietly escorting other customers out.

“Thank you Sallye Salter and Tiffany Cook, you both exemplified great character in a high pressure situation,” the Beauregard Parish Sheriff's Office said in a Facebook post after Neil Broussard was arrested Thursday.

Broussard, 51, of Lake Charles, surrendered to police in the Beauregard Parish community of Ragley, about 20 miles north of Lake Charles, after Salter and Cook alerted authorities, the American Press reported.

He was convicted in 2005 and 2011 of molesting juveniles, is awaiting trial on sex charges in Texas, and is wanted on charges of first-degree rape and molestation of a juvenile in Calcasieu Parish, authorities said.

Related: $30,000 reward offered for information in murder of 3 fishing buddies in Frostproof

The 14-year-old was found shortly before 7 a.m. Wednesday in Ragley and her mother's stolen car was found the same day in woods in the Ragley area, KPLC-TV reported.

Mancuso commended Salter's and Cook's bravery, adding, “we were so close we got there within seconds and were able to apprehend him without any incidents.”

Mancuso said a second person was arrested but did not give details.