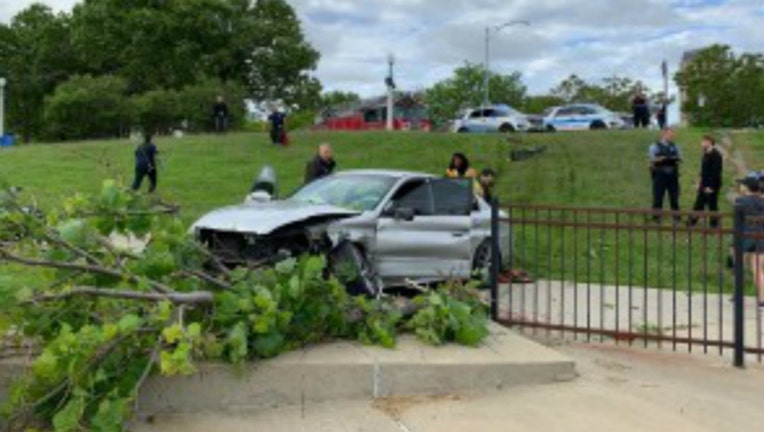 A driver was critically injured in a crash, June 10, 2019, on Lake Shore Drive near Lincoln Park. | Photo courtesy Jeff Linder via Twitter

CHICAGO (Sun-Times Media Wire) - A person was critically injured in a crash Monday on Lake Shore Drive near Lincoln Park on the North Side.

A car went over an embankment at 7:54 a.m. in the 2700 block of North Lake Shore Drive, according to preliminary information from Chicago police.

Jeffrey A. Linder, chief of general internal medicine at Northwestern University’s Feiberg School of Medicine, witnessed the aftermath of the crash and posted a photo of the scene on Twitter.

Linder wrote that a Loyola Medicine night shift nurse driving home from work saw the crash and pulled over to help the driver until paramedics arrived.