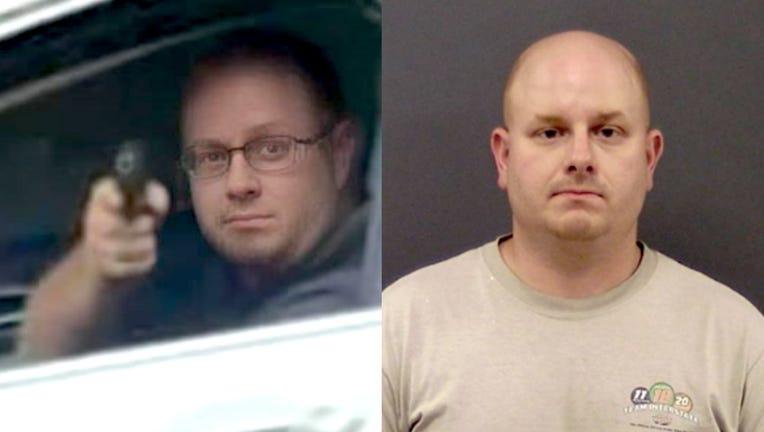 BOLINGBROOK, Ill. - A 33-year-old Aurora man allegedly pointed a gun at someone Tuesday during a road rage incident captured on video in Bolingbrook, according to police.

Joseph P. Colonero was driving a Lincoln MKZ on Boughton Road at Brighton Lane when a woman inadvertently drove between Colonero and another driver he was feuding with, Bolingbrook police said in a statement.

Colonero then “slammed on the brakes,” causing the woman to swerve beside him, police said. As she passed, Colonero allegedly pointed a gun at her.

The exchange was recorded on video that was later posted to social media, police said.

The incident wasn’t initially reported to police, but police tracked down the victim after viewing the video and filed a report, police said.

An arrest warrant was later issued for Colonero, who turned himself into Bolingbrook police Thursday afternoon on a charge of misdemeanor aggravated assault, police said.