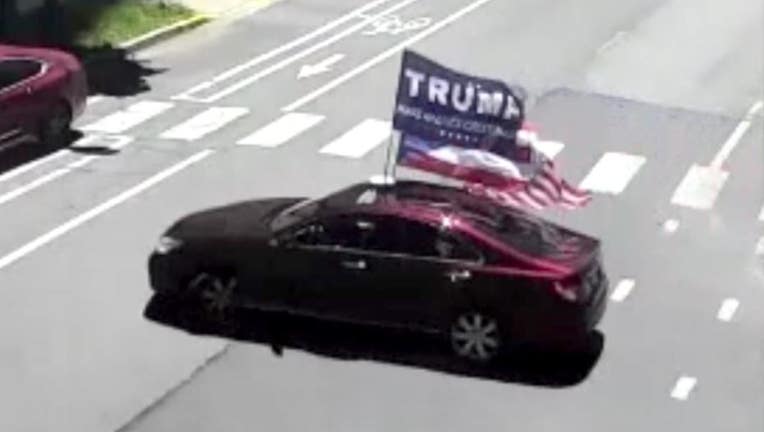 A driver allegedly pointed a revolver at pedestrian June 20, 2020, in the 1100 block of North Wells Street. | Chicago Police Department

CHICAGO - Police are searching for a driver suspected of pointing a handgun at someone on the Near North Side.

The incident happened June 14 in the 1100 block of North Wells Street, according to Chicago police.

The driver of a red car pulled up to restaurant about 12:25 p.m. and pointed what appeared to be a revolver at a person on the restaurant’s patio, police said. There were three men inside the car.