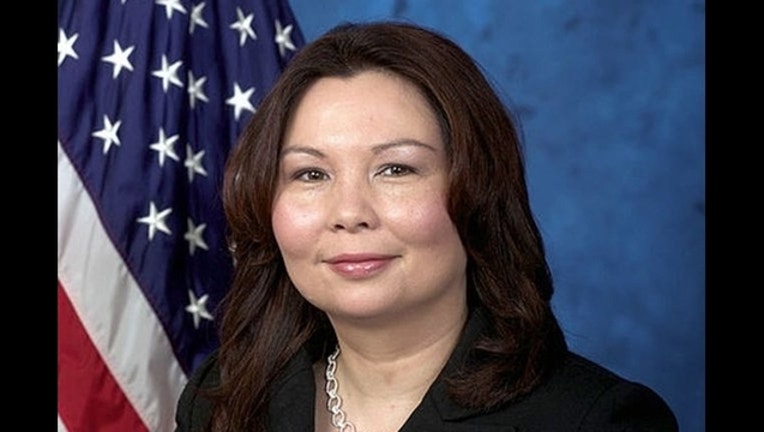 Duckworth, a Democrat and Iraq war combat veteran who's serving her second term in the U.S. House, reported contributions of $1.46 million in the last quarter. First elected in 2010, Kirk reported raising $1.05 million.

Andrea Zopp, a former federal prosecutor running against Duckworth for the Democratic nomination, reported contributions of $426,000 since June.

The race for Kirk's seat in November 2016 is routinely touted as one of the nation's most competitive. The deadline for filing the latest quarter campaign contributions is Thursday.

Kirk, who also carries an impressive military resume, has more in the bank than Duckworth — $3.62 million compared with her $2.8 million.

"Our campaign has seen an uptick in grassroots contributions and repeating small-dollar contributions over the last three months, and that is a key element for the long haul," Fahey said in a statement.

The campaign claims 34,000 individual contributions, but Kirk's camp contends his grassroots support is also growing, with 1,400 first-time donors in the past three months alone.

"Sen. Kirk maintains a large financial advantage over both of his Democrat opponents while his donor base continues to expand and grow," campaign manager Kevin Artl said in a statement.

Zopp's campaign reported that she had $816,000 in cash on hand. Campaign manager Bryce Colquitt said Zopp has raised $1.1 million in the 3½ months she's been a candidate.

"As a first-time candidate with no establishment support, we're hitting our benchmarks and raising the money we need to win," said Colquitt, also counting on wide, grassroots appeal.

Kirk suffered a debilitating stroke in 2012 but underwent a grueling recovery. He has been criticized in recent months after a series of public gaffes, including one in which a microphone caught him calling South Carolina Republican Sen. Lindsey Graham a "bro with no ho" because Graham's not married. Kirk apologized.

Duckworth, former director of the Illinois Department of Veterans Affairs, is the subject of a civil lawsuit in southern Illinois by whistleblowers who allege they were retaliated against for making ethics complaints about a veterans' home administrator. She has denied wrongdoing.