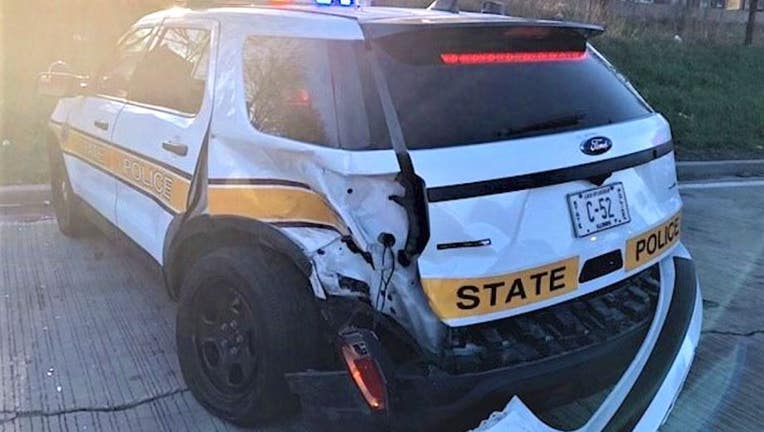 CHICAGO - A suspected drunken driver crashed into an Illinois State Trooper’s car Thursday on the Dan Ryan Expressway, sending himself and the trooper to hospitals with minor injuries.

It was the 12th crash into a stopped state trooper’s vehicle this year, according to state police.

A 61-year-old Chicago driver veered right on the southbound ramp to 75th Street at 5:30 p.m. and rear-ended a state police sergeant pulled over with their emergency lights on, state police said.

The trooper was taken to a hospital and later released, state police said. The 61-year-old was hospitalized with minor injuries, and his female passenger was uninjured.

The man was charged with aggravated Scott’s Law, aggravated driving under the influence, and driving without a license, state police said.

"These crashes are completely preventable, and I am asking the public to avoid putting the lives of others at risk by making responsible choices when behind the wheel," state police District Chicago Commander Angelo Mollo said in a statement.

Violators of Scott’s Law — also known as the "move over" law — can be fined between $250 and $10,000 for the first offense. If the violation includes an injury to another person, the driver’s license can be suspended between six months to two years.