LOS ANGELES - Dwayne "The Rock" Johnson has become one of Hollywood's most amazing success stories.

The 48-year-old leading man reflected on how he started from humble beginnings and faced discrimination being a half Black, half Samoan child.

"When I was a kid, up until I was 10, 11 years old, we were in Texas, Tennessee, Georgia, Florida, North Carolina, so it was predominantly throughout the south where racial prejudice was pretty prevalent, pretty strong," Johnson admitted.

The "Fast & Furious" star described how as a teenager he was angry and resorted to committing petty crimes.

"That's when I started getting arrested and getting into trouble," he recalled. "The dumb s--t that I was doing — from theft, fighting, truancy, skipping school — looking back I was one of those kids who was always playing angry because of the situation that I was in. I didn't realize it at the time." 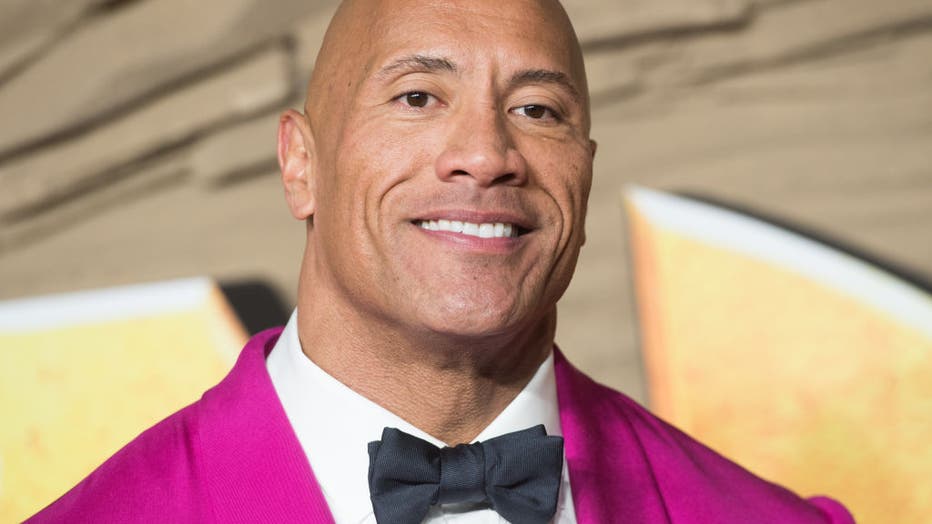 Inspired by events in his childhood, Johnson created his new NBC comedy series, "Young Rock," which premieres on Feb. 16.

"We go back and we illuminate timelines in my life, living a very on-the-go lifestyle," he hinted. "In the world of pro wrestling, there was such an intersection of worlds that I had, meeting professional athletes, from Muhammad Ali — my dad would spar with Ali, my dad was also a boxer, he would spar with George Foreman... You can imagine what my dinners were like, with Andre the Giant and these wrestling stars... It begins at about 10 years old, then 15 years old, and then 18 years old."

The project is one of many that Johnson worked on throughout the ongoing coronavirus pandemic in 2020 and 2021.

In fact, his family contracted the virus. "In a 24-hour period, it had spread so quickly to our nanny, our nanny's teenage kids, her husband," he said.

Johnson added: "Myself and my two-year-old daughter, we were the last ones standing until the very end, but of course we both tested positive. We were on the fortunate end for something that has been so traumatic to the world. We got through it."

While dealing with the virus and the uncertainty of the future, the Teremana Tequila owner said he reflected most of what his legacy will be and how he's trying to lay its foundation now.

"What's important to me now, and what will be important to me five years from now, eight years from now, 10 years from now, is legacy," he said. "January 15 [2020], my dad died suddenly. Gone. I didn't have a chance to say goodbye to him. That's a tough one to reconcile. We all lose our loved ones, but when we don't get a chance to say goodbye, that's tough. So this idea of legacy and what that means, not only leaving a legacy, but sustaining it, and how much more can we push the legacy along, how much more can you expand it, where you can take it. Legacy."