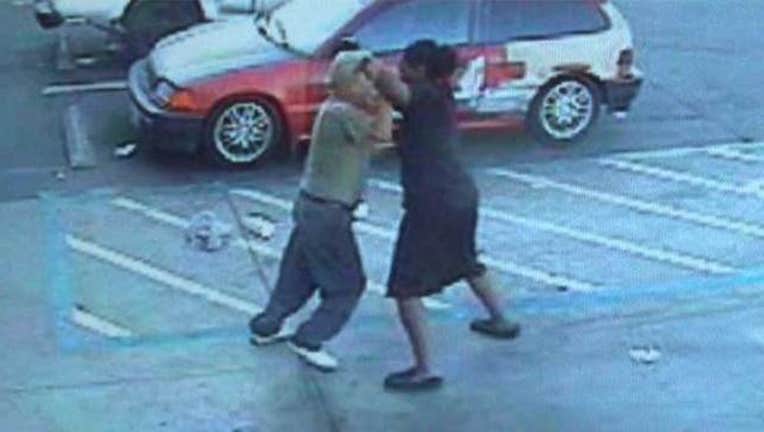 An attack by a woman on an elderly veteran was caught on tape outside a Fresno, California, auto parts store. Police are asking for the public's help in trying to find 73-year-old Victor Bejarano's attacker.

The Vietnam vet said the woman got out of an SUV and asked him for his wallet in the parking lot. When he refused, she tried to take it from him, leading to a prolonged struggle.

When he made his way inside the store in order to get help, she followed him and the struggle continued right at the counter.

"If she would've told me from the beginning: 'Sir, please help, I have a child. He's crying because he's hungry.' I would have given her the money. But she didn't ask for the money, she asked for my wallet. I said, I can't give you my wallet," said Bejarano, who was at the Auto Zone to fix a friend's van.