Ella French was among five fallen Chicago police officers that were honored Thursday.

Among those being honored are four men who died last year from the coronavirus.

The final name unveiled, marking the 595th name on the memorial wall, was Officer Ella French.

She was a 3-year veteran of the Chicago Police Department assigned to the Community Safety Team. Officer French was shot and killed during an August traffic stop in West Englewood.

Ella French's mother, Elizabeth, shared a letter thanking supporters on Aug. 31, which would have been French's birthday.

In her letter, Elizabeth French writes, "Your beautiful and heartfelt words of comfort, prayers, and donations will be remembered forever. More importantly, your love and support during this difficult time will be a treasure I carry with me for the rest of my life." 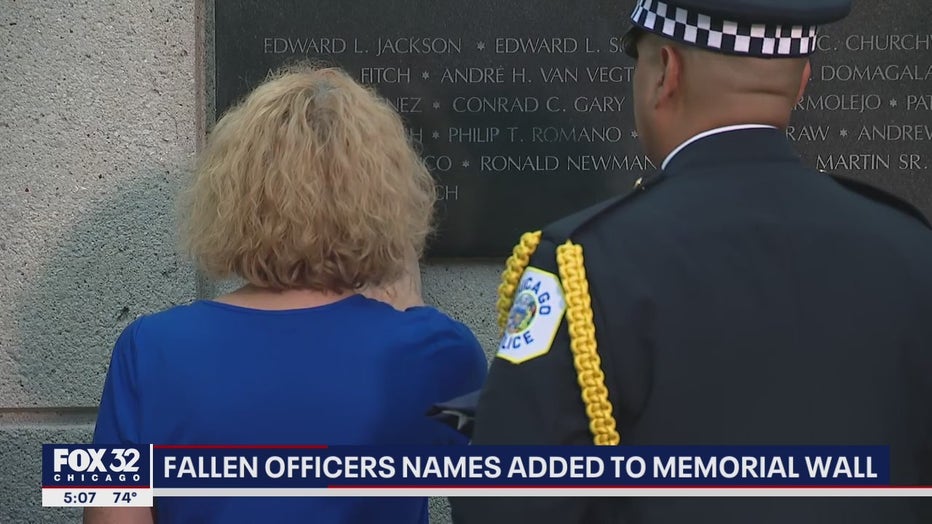 At 7:30 p.m., the Chicago Police Memorial Foundation held its annual candlelight vigil. Last year, it was virtual because of COVID-19.

The vigil, held at Gold Star Families Park and Memorial, started with a Chicago police officer singing the national anthem. Children of the fallen released balloons in their loved ones honor.

"My family became Gold Star Family members 19 years ago when our family experienced the most devastating event of our lives. My husband Ben Perez was struck and killed by a Metra train while he was investigating narcotics activity in the 10th District," said Michelle Perez, chairman of Gold Star Families. "We are here tonight to remind the world that their deaths were not and never will be in vain."

Phil Cline is the Executive Director of the Chicago Police Memorial Foundation.

"It's not how these officers died that made them heroes, it's how they lived," said Cline.

"We must not and cannot forget the sacrifices of these brave officers and their families. Their lives are forever changed," said Chicago Police Supt. David Brown.

"We will never forget these heroes," Brown added.