Elon Musk said in a tweet on May 13, 2022, that his plan to buy Twitter was put on temporary hold. Here's what we know about the status of the $44 billion deal.

LONDON - Tesla CEO Elon Musk says his deal to buy Twitter can't move forward unless the company shows public proof that less than 5% of the accounts on the social media platform are fake or spam.

Musk made the comment in a reply to another user on Twitter early Tuesday. He spent much of the previous day in a back-and-forth with Twitter CEO Parag Agrawal, who posted a series of tweets explaining his company’s effort to fight bots and how it has consistently estimated that less than 5% of Twitter accounts are fake.

In his tweet Tuesday, Musk said that "20% fake/spam accounts, while 4 times what Twitter claims, could be much higher. My offer was based on Twitter’s SEC filings being accurate."

He added: "Yesterday, Twitter’s CEO publicly refused to show proof of 5%. This deal cannot move forward until he does."

It’s Musk's latest salvo over inauthentic accounts, a problem he has said he wants to rid Twitter of.

At a Miami technology conference Monday, Musk estimated that at least 20% of Twitter’s 229 million accounts are spam bots, a percentage he said was at the low end of his assessment.

The battle over spam accounts kicked off last week when Musk tweeted that the Twitter deal was on hold pending confirmation of the company's estimates that they make up less than 5% of total users.

Also at the All In Summit, Musk gave the strongest hint yet that he would like to pay less for Twitter than the $44 billion offer he made last month. 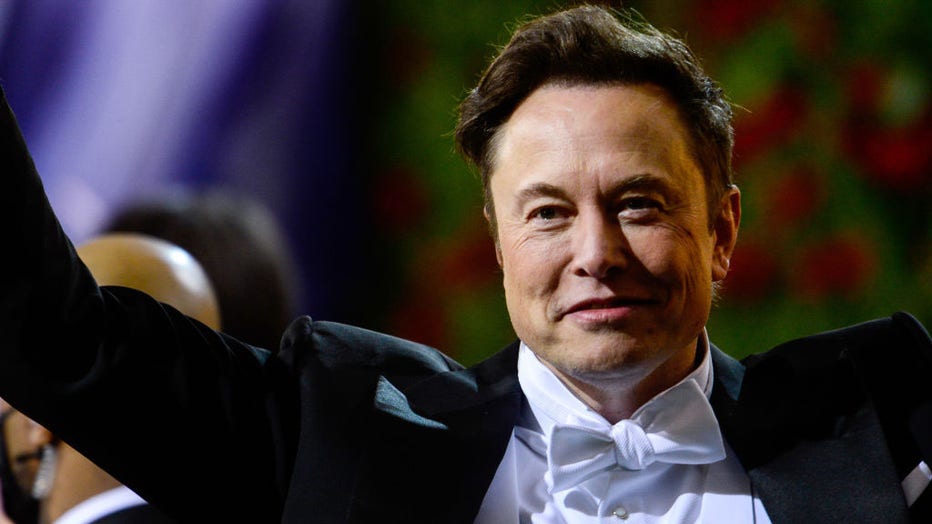 FILE IMAGE - Elon Musk enters the 2022 Met Gala Celebrating "In America: An Anthology of Fashion" at the Metropolitan Museum on May 2, 2022, in New York City. (Photo by Ray Tamarra/GC Images)

Musk's comments are likely to bolster theories from analysts that the billionaire either wants out of the deal or to buy the company at a cheaper price. His tweet Tuesday came in reply to one from a Tesla news site speculating that Musk "may be looking for a better Twitter deal as $44 billion seems too high."

"Twitter shares will be under pressure this morning again as the chances of a deal ultimately getting done is not looking good now," Wedbush Securities analyst Dan Ives, who covers both Twitter and Tesla, said in a research note. He estimated that there's "60%+ chance" that Musk ends up walking away from the deal and paying the $1 billion breakup fee.

Musk made the offer to buy Twitter for $54.20 per share on April 14. Twitter shares have slid since then. They were down slightly in Tuesday morning trading to $37.28.

To finance the acquisition, Musk pledged some of his Tesla shares, which have slumped by about a third since the deal was announced.

Here's a look back at some of the notable business ventures by Elon Musk, who has quickly risen in the ranks of the wealthiest men in the world.

In tweets on Monday, Agrawal acknowledged Twitter isn’t perfect at catching bots. He wrote that every quarter, the company has made the estimate of less than 5% spam. "Our estimate is based on multiple human reviews of thousands of accounts that are sampled at random, consistently over time," Agrawal wrote.

Estimates for the last four quarters were all well under 5%, he wrote. "The error margins on our estimates give us confidence in our public statements each quarter."

Twitter has put the under 5% estimate in its quarterly filings with the Securities and Exchange Commission for at least the last two years, well before Musk made his offer last month.

But in the filings, Twitter expressed doubts that its count of bot accounts was correct, conceding that the estimate may be low.