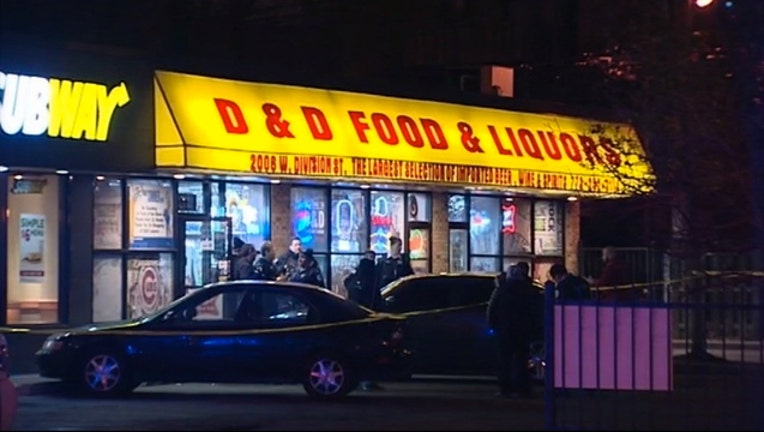 A man who was working at a Wicker Park neighborhood liquor store was shot in the leg during a fight Monday night. | NVP News

CHICAGO (SUN TIMES MEDIA WIRE) - A man who was working at D & D Food & Liquor was shot Monday night after a fight in the Wicker Park neighborhood store.

About 10:25 p.m., the suspect walked into the store in the 2000 block of West Division and got into an argument with the 26-year-old employee over a bottle of liquor, according to Chicago Police and a statement posted on Ald. Joe Moreno’s Facebook page. The argument escalated and the suspect pulled a gun and fired shots.

The fight spilled out into the street, and the male suspect shot the worker in the left leg, police said. The clerk was taken to Stroger Hospital, where his condition was stabilized.

“I was on the scene early this morning, talking to neighbors and working with police to identify the suspect,” Moreno said, adding that a suspect has been identified.

Police said no one was in custody as of Tuesday morning. Area North detectives are investigating.