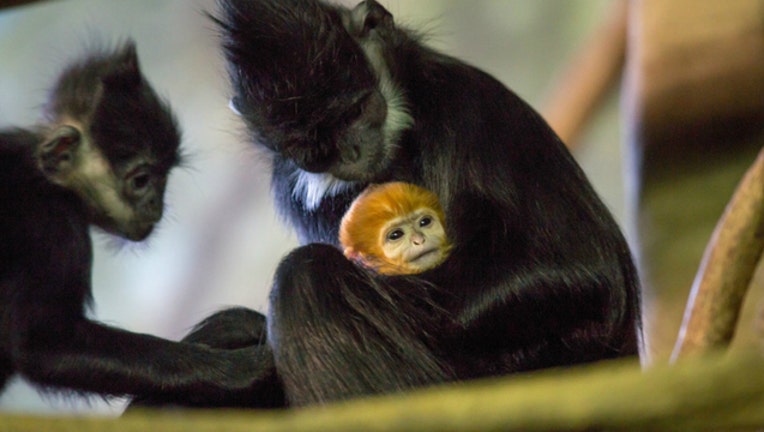 SUN-TIMES MEDIA WIRE - An endangered monkey born three days ago at the Lincoln Park Zoo is already on display and shouldn’t be difficult to spot.

The bright orange Francois’ langur was born Monday and can be seen by visitors at the Helen Brach Primate House, according to a statement from the North Side zoo announcing its newest arrival.

The infant is the seventh successful offspring for Pumpkin, the mother; and Cartman, the father, according to the zoo. It joins sisters Kieu and Orla, brothers Vinh and Pierre, and adult female Chi in the troop.

The baby’s sex and measurements have not yet been determined as the newborn is clinging to its mom, according to the zoo. Its fur will turn from orange to black by the time it is six months old.

“Pumpkin is an experienced and attentive mother and the entire troop is being supportive,” the zoo’s curator of primates Maureen Leahy said in the statement.

Francois’ langurs–native to China, Vietnam and Laos–are endangered in the wild due to habitat degradation and hunting.