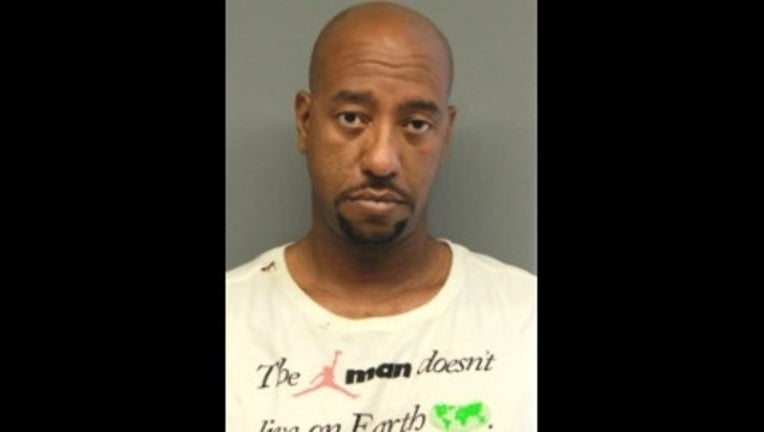 CHICAGO (Sun-Times Media Wire) - A former University of Chicago Charter School teacher has been charged with killing a 59-year-old woman when he crashed into a bus shelter Saturday night in West Woodlawn.

Errol Brice, 42, faced a charge of reckless homicide in the crash at a hearing Tuesday at the Leighton Criminal Court Building, where his bail was set at $50,000, according to the Chicago Sun-Times.

After being taken into custody, Brice allegedly told officers he had been drinking tequila before the crash, but blood taken from him at a hospital was still pending analysis Tuesday by Illinois State Police.

Shortly after 7 p.m. Saturday, 59-year-old Beverly Barney was sitting in the bus shelter at 61st Street and King Drive when Brice slammed into the shelter in his 2003 Ford Explorer after making a right turn onto 61st Street and jumping the curb, according to Cook County prosecutors.

The Explorer drove over Barney, and she was pinned under the car when Brice first reversed and then drove forward again, running over Barney a second time as he drove off on 61st Street, prosecutors said.

Officers on patrol arrived at the scene seconds after Brice drove off and were directed to the Explorer by witnesses. When officers caught up with the SUV, they turned on their lights and sirens, but Brice continued to drive away, prosecutors said.

The SUV was eventually stopped in the 6100 block of South Vernon, and Brice had to be pulled from the driver's seat because of significant front-end damage to the Explorer, prosecutors said.

Officers reported that Brice swayed when he was standing outside the vehicle and said he had been drinking before driving, prosecutors said.

Barney was taken to University of Chicago Medical Center but later died, authorities said. An autopsy conducted Monday by the Cook County medical examiner's office found she died of multiple injuries in the crash, and her death was ruled an accident.

Police also reported a 60-year-old woman was hurt in the crash on Saturday but had been stabilized at a hospital. Prosecutors did not have additional information about that woman.

Prosecutors said Brice was previously convicted of a misdemeanor count of DUI in 2003.

Shay Allen, a private attorney for Brice, said he is a graduate of Elmhurst College and has worked for several CPS schools, including as athletic director at Harper High School. Most recently, Brice has been working as an eighth-grade teacher for University of Chicago Charter School. Allen said Brice's family could afford to post $2,500 bond to see him released.

"It's always horrible when a life is lost," Allen said, but noted the charge reflected that the crash wasn't intentional. Following the hearing, Allen said he was still looking into the case and said a medical issue may have played a role in Brice losing control of the SUV.

A spokeswoman for University of Chicago Charter School said Brice worked at the Carter G. Woodson campus, but his last day of employment was July 31 because the campus closed after the 2018-2019 school year.

Citing the prior DUI count, Judge David Navarro ordered Brice held on $50,000 bail and ordered him not to drive if he posts bond. His next court date was set for Sept. 5.

Two members of Brice's family declined to comment after the hearing, Allen said.