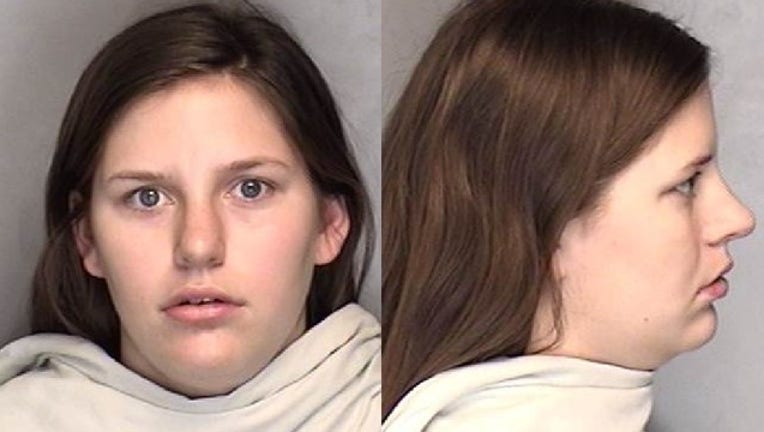 URBANA, Ill. (AP) - A former University of Illinois student was sentenced Friday to a decade in prison after she was accused of suffocating her newborn son when she gave birth in a residence hall bathroom last year.

Lindsay Johnson, 21, of Monee had been charged with first-degree murder after the March 2016 death of her baby. She pleaded guilty Friday to felony endangering the life or health of a child as part of a plea deal. She also was sentenced to one-year mandatory supervised release and could be out of prison in five years with good behavior.

Champaign County State' Attorney Julia Rietz said prosecutors made the deal because of concerns over proving intent to a jury at trial and risking acquittal. Johnson faced up to 75 years in prison had she gone to trial.

"It's a prison sentence," Rietz said. "It holds her responsible for the death of this child, but it acknowledges what I think are clearly some mental health issues that she is absolutely going to need to address in the future."

Johnson's defense team said she took the deal instead of risk a longer prison term if she went to trial.

Johnson has been free on bond since her arraignment in April 2016. She was taken into custody after the short court hearing Friday, looking back at her parents as she went to a holding cell. Her sentence was the maximum possible under the Class 3 felony endangerment charge.

Johnson hopes "others might learn from her story," Bruno said. He said the University of Illinois terminated Johnson's student enrollment in August 2016.

Officers found Johnson near the campus' Music Building wearing a backpack with the deceased newborn inside on March 13, 2016. They were looking for her after responding to a call earlier in the day from a student at the dorm who reported sounds of a baby crying and that Johnson was in the bathroom for a long time.