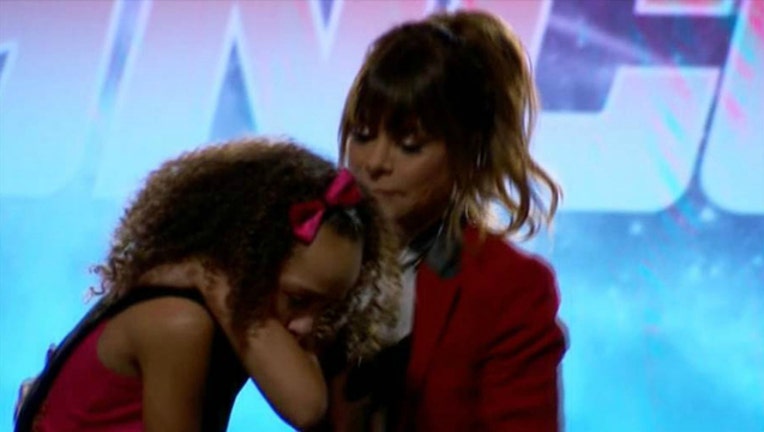 CHICAGO (AP) - An overwhelmed 12-year-old contestant who passed an audition on "So You Think You Can Dance" has expressed her excitement by vomiting on judge Paula Abdul.

Tahani Anderson's energetic audition in Chicago that aired Monday night on Fox earned high marks from the judges, including Abdul. After Abdul greeted Anderson with a hug and told her how "proud" she was of her, Anderson threw up.

Just a little bit got an Abdul, who remarked, "I've never had anyone vomit on me like that."

Anderson said Abdul had squeezed her a bit too tight, "and all the happiness came out on her jacket."